Lawyers representing holiday companies fighting sickness claims say the jailing of two fraudsters is a landmark moment. Deborah Britton and Paul Roberts were sentenced to nine and 15 months respectively for falsely seeking compensation for all-inclusive holiday sickness. It is believed the case was the first private prosecution ever brought in this field, after holiday operator Thomas Cook pursued the couple through the courts.

The pair were jailed at Liverpool Crown Court on Friday after admitting fraud: they had claimed up to £20,000 following two holidays to Mallorca in 2015 and 2016 during which they claimed to have been ill along with their two children. 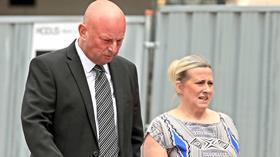 Sarah Hill, head of fraud and partner at national firm BLM, led the private prosecution and she said the result marks a significant moment in this developing market. ‘Today’s sentencing sends a welcome and important message to anyone thinking of bringing a fraudulent all-inclusive holiday sickness claim,’ said Hill. ‘It also demonstrates that judges aren’t afraid to issue immediate custodial sentences for those acting dishonestly.’

Hill said the rise in exaggerated claims showed that fraud had ‘evolved’ from whiplash.  ‘Much like a water mattress, you shift pressure from one zone in fraud and it just springs up in another space – constant vigilance is needed against these changing threats.’

The court heard the couple had shared messages on social media saying they were enjoying their holiday, then writing they were home safely after two weeks of ‘sun, laughter, fun’.

But they then contacted a solicitors’ firm to bring claims, saying their holiday was ruined due to illness.

Following the hearing, a Thomas Cook spokesman said: ‘The sentences handed down today demonstrate how serious the issue of fraudulent illness claims has become. This is a particularly sobering case but reflects what is going on across the UK travel industry, so we had to take a stand to protect our holidays and our customers from the minority who cheat the system.’

The government has announced a crackdown on fraudulent holiday sickness claims and asked on Friday for evidence on this sector.