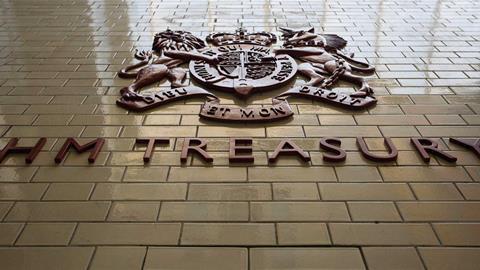 Treasury 'could save £4bn next year' supporting free legal advice

The Treasury would save £4bn over the next year by supporting free legal advice to society’s most vulnerable, according to economic modelling carried out ahead of the autumn spending review next month.

Research by Pragmatix Advisory Limited and Centre for Economics and Business Research shows that organisations supported by the Community Justice Fund help 483,000 clients a year. the average cost of advice provision is £510 per person but the average net benefit to the Treasury for each client helped is £8,000.

The report says the Treasury would save an estimated £9.5bn over the next decade. A ‘conservative’ estimate sees the Treasury saving £1.34bn.

Researchers spoke to more than 40 organisations, including law centres and local advice providers, who supported 169,000 people over the previous two years.

Explaining the methodology, the report states that the nature, frequency and volume of cases addressed by the sector was established using survey data. Case studies from advice providers were used to create ‘logic chains’ showing potential outcomes for 70 exemplar cases. Research was used to establish the economic impact of effective resolution and the counter-factual of failure for the exemplar cases. The expected success rate, rate of resolution without intervention and likelihood of future crisis were factored in. From this, the researchers calculated the net financial impact to the Treasury of the average intervention.

The report was funded by the Community Justice Fund via the Access to Justice Foundation.

Clare Carter, director of the Community Justice Fund, said: ‘By properly supporting the legal advice sector in the forthcoming Spending Review, the Chancellor has a unique opportunity to help the most vulnerable in society and save the taxpayer money at the same time. If the government fails to act, economic and social costs will start to rise again impacting on an inclusive recovery and the chance to build back better post-Covid.’

With the furlough scheme due to end this month, practitioners predict there will be another surge in demand for legal advice.

Over the past 18 months, Central England Law Centre has helped more than 6,000 people, including domestic abuse victims, tenants facing unlawful eviction and employees being treated unfairly by bosses.

‘We’re already at breaking point but without further government support we fear that things will only get worse in the months ahead as demand for our services has begun to sharply increase. Every penny we spend really does make a difference to the lives of those who are most vulnerable,’ she said.

Earlier this month the Treasury launched the latest spending review, inviting representations from interest groups, individuals or representative bodies by 30 September. The government's spending plans will be set out on 27 October.