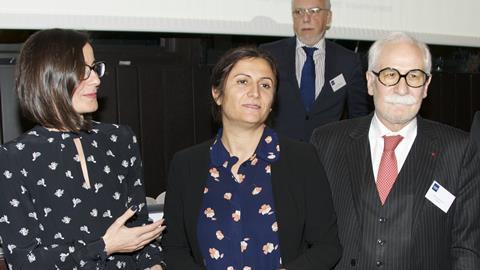 A lawyer shot dead in southeastern Turkey last year is one of four Turkish advocates to receive the European legal community's annual award for human rights. Tahir Elçi, murdered on 28 November 2015, received the 2016 Human Rights Award of the Council of Bars and Law Societies of Europe (CCBE). Of the other three recipients, only one was able to attend the award ceremony in Brussels: the other two are subject to travel bans.

Tahir Elçi, president of the Diyarbakır Bar Association who worked on cases concerning the persecution of Kurds and the grave violations of human rights in Turkey. The CCBE described him as one of the key figures in the struggle for a rule of law in Turkey. No one has been charged with his killing.

Ayşe Bingöl Demir is a Turkish lawyer who has brought cases alleging violations of human rights before domestic courts and institutions in Turkey, as well as before the European Court of Human Rights. She has worked extensively on the internal displacement phenomenon in Turkey, representing hundreds of internally displaced persons.

Ayşe Acinikli is a member of the Association of Libertarian Lawyers. She was one of the nine lawyers arrested and placed in custody in March 2016. She was released along with her colleagues on 19 March and again arrested on 6 April, together with Ramazan Demir. She was conditionally released on 7 September 2016.

Ramazan Demir is a Turkish lawyer who is also the Secretary General of the Association of Libertarian Lawyers, and who works with many human rights NGOs and organisations. In March 2016, he was arrested together with nine other lawyers and was accused of being a member of a terrorist organisation. The lawyers arrested were representing the 46 lawyers who were in turn arrested in 2011 on suspicion of working for, or belonging to, a terrorist organisation. He was released a few days later but was re-arrested, together with Ayşe Acinikli, on 6 April 2016. He was conditionally released on 7 September 2016.

Ayşe Bingöl Demir, along with Mr Elçi’s widow, Türkan, travelled to Brussels to receive the award. Ayşe Acinikli and Ramazan Demir sent videos thanking the CCBE and explaining the situation of lawyers in Turkey, especially following the attempted coup in September.