A now-retired solicitor who allowed his firm to be used as a banking facility for more than 20 years has agreed to being struck off the roll.

The Solicitors Disciplinary Tribunal heard that Montague Frankel, now 75, also tried to pass off a client letter as being from 2014 when in fact he had written it this year in response to an SRA investigation.

Having admitted dishonesty and other accounts rules breaches, Frankel agreed with the regulator that he should be struck off and should pay £15,000 in costs.

The tribunal heard that Frankel, while working as a solicitor for London firm DWFM Beckman, acted for a property company run by friends of his. From 1997 until 2019, he caused or allowed payments coming to £1.17m to be made into and out of the firm’s client account without any underlying legal transaction.

The firm managed the rental income of this company through its client account ledger, with Frankel having sole conduct of the matter. Rental and insurance demands were issued to tenants through the firm, which also paid council tax on behalf of the client and received payments from tenants regarding maintenance work. 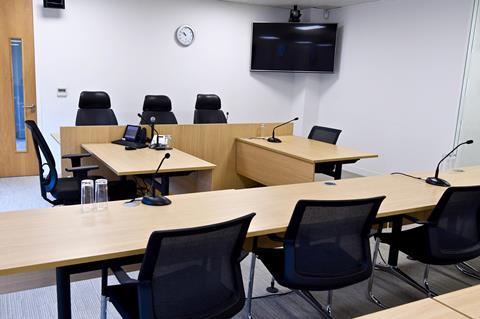 During his interview with the SRA, Frankel said the arrangement was that ‘we [the firm] weren’t acting as a bank, we were acting purely and simply as a collection agency for the convenience of the client’. Asked whether rents and insurance premiums could have been paid into a separate bank account, Frankel said that would have meant ‘an enormous amount of extra work for me’, as well as extra charges for the client.

After the SRA began its prosecution, Frankel emailed copies of a letter signed by the client regarding the retainer. These documents were dated December 2014, but it was later discovered they had been created in January this year. Frankel explained he could not find the original copies but recalled the contents, and the client agreed to sign it as a contemporaneous letter.

In mitigation not accepted by the SRA, Frankel said he had not considered he was providing a banking service and was instead offering a ‘property management service’. This misunderstanding, he suggested, could be avoided in the SRA made it clearer this was prohibited. He added there had been no complaints from colleagues or clients.

Frankel, admitted in November 1971, had resigned from equity partnership in 2007 and retired from the firm and from practice in July 2019.