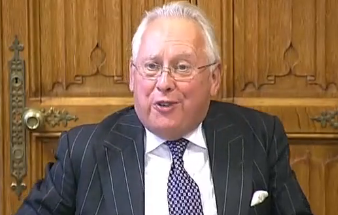 Ministers must learn more about how claimants invest their damages before they make changes to the discount rate, an influential committee of MPs has insisted.

The Commons justice committee today calls on the government to ensure there is ‘clear and unambiguous’ evidence before bringing forward any legislation.

The Ministry of Justice is currently proposing to base the rate, which calculates how much should be deducted from personal injury awards, on a low risk of return, rather than a very low risk of return as at present. Reforms are likely to come into force in 2018 although the date of implementation remains unclear.

The rate changed from 2.5% to -0.75% in February based on the current formula, prompting the insurance industry to lobby furiously for a rethink as the change hit profits. Ministers believe that a figure set according to government proposals would be between 0% and 1%.

The committee of MPs recommends the government ensures ‘adequate safeguards’ to prevent significant under-compensation of the most vulnerable claimants. Committee chair Bob Neill said setting the discount rate is much more than a technical decision and is about how society treats people who have been seriously injured, whether through medical negligence, road traffic accidents or by other means.

‘It involves balancing the interests of claimants with defendants, and also balancing the social costs of increased clinical negligence payouts and increased insurance premiums with protecting the interests of vulnerable claimants,’ he added. ‘If the government remains convinced that it must change the assumptions it makes about how damages will be invested, to adjust the balance between the interests of different groups in society, it should say so. It is vitally important that we get this right, and that changes are evidence-based.’

The committee proposes that the lord chancellor explain his reasons for every decision to change the discount rate or to leave it unchanged. Current plans are for the rate to be reviewed every three years and set after consultations with an expert panel and the Treasury.

The report recommends that legislation should require the expert panel and the lord chancellor to consider whether to set different discount rates for different periods of loss or different heads of damage.

Brett Dixon, president of the Association of Personal Injury Lawyers, said MPs had ‘pulled no punches’ in challenging the arguments and assumptions made by the government.

‘All reform should be evidence-based and we welcome the fact that the committee is holding the government properly to account,’ added Dixon. ’The government must now stop and take time to gather robust evidence about the impact of its proposed changes on injured people. It must not be pushed into baseless reform by the vested interests of the insurance industry when the welfare of catastrophically injured people and their families is at stake.’

Huw Evans, director general of the Association of British Insurers, said the MPs' report recognises the need for the system to balance the interests of claimants, customers and taxpayers.

He added: 'Further evidence would only become available if claimant advisers were willing to provide it – to date this has not been supplied.

'For good reason no other comparable country in the world has set a Rate this low, and it is widely recognised that reform is vital. It is time to press ahead in the interests of getting a system that is fair for everyone.'