Insurers march on the Treasury to demand discount rate rethink

Bosses of 15 of the UK's biggest motor and commercial liability insurers today met chancellor Philip Hammond to ask him to intervene in the discount rate decision.

Justice secretary Liz Truss this week opted to change the rate at which compensation payments are reduced, a move which prompted immediate warnings of costs to public bodies like the NHS and to insured drivers.

The Association of British Insurers has revealed it will lobby Hammond for a law change on the calculation of the discount rate to be included in the Prison and Courts Bill, which was laid before parliament last week. The rate is set to change from 20 March but insurers say reform ‘cannot wait until Easter’.

ABI director Huw Evans said: 'The chancellor will today hear just how concerned insurers are about the way this change will hit their customers. It makes no sense to do something that will inevitably pile costs onto motorists, businesses and taxpayers at such a difficult time based on a broken formula.

'It is not too late for the government to deliver a fairer deal for consumers and claimants and it should commit to urgent reform of the law before this crazy decision becomes a reality.' 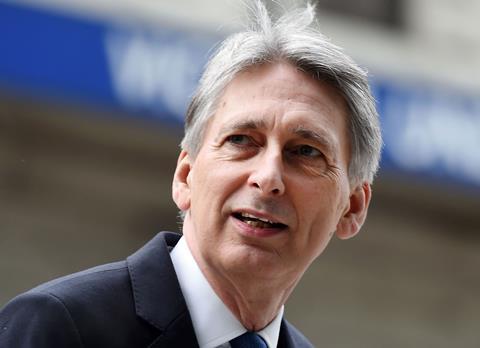 Insurance companies took a hit in the aftermath of the lord chancellor’s decision to recalculate the rate at which personal injury settlements are discounted, with share prices falling amid profit warnings.

The group had estimated that the government’s decision to cut the rate from 2.5% to minus 0.75% for personal injury compensation would reduce profit before tax for 2016 by between £215m and £230m after reinsurance recoveries.

The firm had previously disclosed in its 2015 annual report that its claims liabilities at that time were calculated using a discount rate of 1.5%.

Admiral, meanwhile, saw its shares fall 2.46% and postponed the announcement of its 2016 results – due this week – by a further seven days.

The company said the majority of the financial impact in respect of premiums earned during 2016 and prior years will be reflected as a one-off charge against 2016 second-half profits.

Insurers’ anger at the decision, which lord chancellor Liz Truss described as the ‘only legally acceptable’ option available to her, was summed up by its representative body, the Association of British Insurers (ABI).

Evans said the government had shown an ‘utter disregard’ for the impact the change would have on consumers, businesses and the wider operation of the insurance market.

‘Claims costs will soar, making it inevitable that there will be an increase in motor and liability premiums for millions of drivers and businesses across the UK,’ he said.

Andrew Tyrie MP, chair of the influential treasury committee of the House of Commons, agreed other ways of calculating the discount rate need to be examined, including one that reflects the long-term equilibrium risk-free yield.

‘The government is now consulting on how the discount rate should be set for the future,’ he said. ‘This is not before time. If changes to primary legislation are appropriate, controversial though they may be, the government should consider them.’

The insurance lobby's argument was covered favourably by the media. The BBC had the story at the top of its news page for much of Monday, with the headline ‘Car insurance "set to soar" after ruling’.

The Guardian led with the NHS facing a £1bn annual bill after a ‘reckless’ change to injury payouts, with the Times taking the same angle. The Telegraph headline quoted the ABI saying the decision was ‘crazy’, while the Evening Standard said an insurance payouts shake-up would ‘land NHS with £1bn bill and hit drivers’.