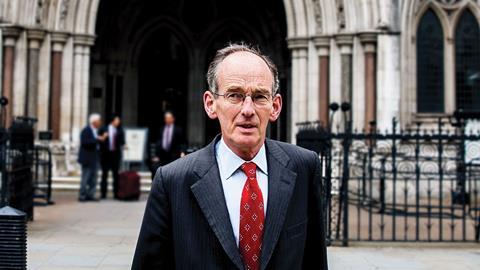 All in the family

Speaking of judges leading from the front, the president of the Family Division – who is not exactly under-worked – went the extra mile last week to set an example in his quest for court transparency.

More than five years after it was delivered, an ex tempore family judgment from the High Court popped up on BAILII. The case of A Local Authority v X and others concerned an adult mother who had made ‘very serious allegations against her parents’. Mrs Justice Parker (as she then was) said: ‘Many of the cases I deal with are incredibly sad, but this is particularly so.’

But the ruling was notable as much as anything else for its headnote, which read that the ex tempore judgment had been ‘amended, redacted and approved by Sir Andrew McFarlane P in the absence of Dame Judith Parker’.

Obiter understands that this is not likely to be a regular occurrence, not least because McFarlane will be busy ensuring the recommendations in his recent transparency review are carried through.

But following McFarlane’s statement that he ‘will ask all judges to publish anonymised versions of at least 10% of their judgments each year’, it seems the gauntlet has been thrown down.