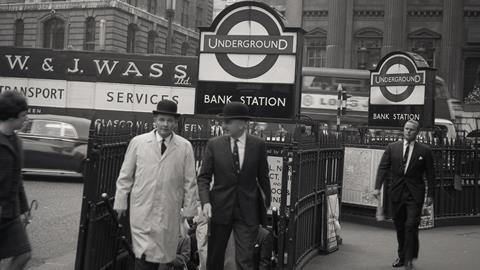 Articles and a three-course 15p lunch

David Mitchell’s recollections of starting out in the law on £2 a week bring a deluge of happy memories from older practitioners – and the occasional dark family secret. The redoubtable Geoffrey Bindman says that when he started his articles in Chancery Lane in 1956, his salary was £3 a week. ‘In my third and final year it rose to £5. But my principal, who was also my uncle, could never be accused of undue generosity. I discovered several years later that he had asked my father, his brother-in-law, to pay him, according to custom, a “premium” of £500 in return for the offer of articles, then seen as a valuable commodity.

‘My father complied but was ashamed to tell me of this squalid transaction. The practice faded away soon afterwards.’

Of a similar vintage is Anthony Morris, who remembers coming from south Wales to London to be articled in December 1958 ‘as my father was a solicitor and would not have me articled to him.

‘I did not have a contract of employment but I had articles of clerkship to my principal. I was relatively well off as I was paid £5 a week and did not have to pay a premium for my articles. In those days I could purchase a two-course lunch for 2/6 (12.5p) or a three-course lunch for 3/- (15p) at a Jewish students’ hostel in Euston. I lived in St John’s Wood and worked in Victoria and my bus fare was 1/- a day. I rose to the giddy heights of £10 a week after I had passed my Intermediate Law and Trust Accounts.’ Keep those memories coming to Michael.Cross@lawsociety.org.uk.