As a matter of urgency

Exactly 100 years ago today, a special general meeting of the Law Society Council met 'as a matter of urgency' to consider the implications of the Barristers and Solicitors (Qualification of Women) Bill. The urgency was of course the need for the Society to reform its long-standing opposition to the admission of women in the face of a looming change in the law.

The meeting, at 2.30pm in the Law Society's Hall, was open to press representatives as well as members. But at some stage a member of the Society's staff must have spotted a potential embarrassment: might some of the press be, er, you know... ? Thus the meeting announcement reads: 'Any newspaper desiring to send a lady representative should obtain a card of admission from the secretary.' 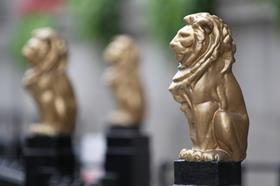 With the president, Mr R.A. Pinsent, in the chair, Mr Samuel Garrett moved:-

'That in view of the present ecoomic and political position of women, it is in the opinion of this meeting expedient that the existing obstacles to their entry into the legal profession should be removed; and the Council is requested to report this opinion to the Lord Chancellor.'

Sir Walter Trower seconded the resolution, saying it seemed to him 'to be a question of equality and opportunity'... 'If women proved themselves to be as good at business as men, they would succeed; if not, they would fail.' Men had 'no more to say on the subject'.

After seven speeches in favour and two against, the resolution was carried by 50 votes to 33. 'We are not surprised,' The Solicitors' Journal & Weekly Reporter commented a week later. The admission of women 'is one of those changes which are inevitable, and it is the best policy to accept it with a good grace'.

Alas there is no record of whether any lady representatives of the press breached the Law Society's Hall to witness the historic debate.