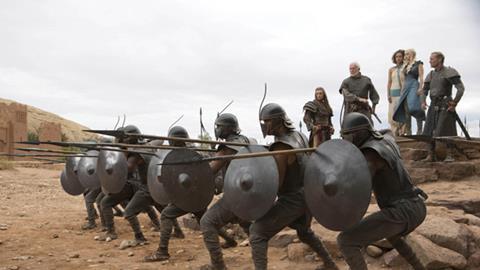 Battlelines drawn in game of tomes

An uneasy peace was returning to the legal districts of England and Wales as the Gazette went to press, following weeks of disturbances involving supporters of rival standard criminal texts.

Trouble broke out near the Old Bailey over the summer when fans of Archbold took to the streets in protest at the judiciary’s decision to replace the time-honoured volume. They were confronted by practitioners brandishing copies of Blackstone’s Criminal Practice despite police efforts to keep the two groups apart.

In one incident, Obiter understands that a white-collar crime barrister’s Maserati and a legal aid solicitor’s Vespa were torched. Disturbances were also reported in Cardiff and Leeds.

As the trouble spread, pubs and wine bars in London WC2 banned the open display of either book by dark-suited customers in case of alcohol-fuelled outbreaks of procedural pedantry.

Last week, however, senior presiding judge Adrian Fulford stepped in with a statement that the Judicial Executive Board was aware that some practitioners were unhappy with the decision and had delayed purchasing Blackstone’s because of ‘unfounded speculation that our position will be reversed’.

In a plea for calm, he added: ‘I am writing to put an end to this speculation and confirm that Blackstone’s Criminal Practice will be the standard text in all criminal courts.’

Obiter understands that the choice of standard text will be kept under review – but notes that Archbold’s price-tag is £475 against £320 for Blackstone’s.