Covid may be a ‘blessing in disguise’ for wills 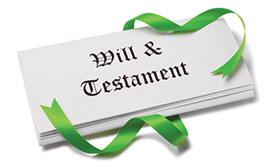 The Law Commission is rarely noted for leaping to snap conclusions – which is just as well, given the chaos we all know can ensue from hasty law reform. But sometimes its work programme seems especially glacial.

In the consultation for the commission’s 14th law reform programme, Obiter was surprised to discover, in conversation with commission chief Sir Nicholas Green, that a project on wills from the 12th round is still in progress. The commission had got as far as conducting a consultation, Sir Nicholas said. So what happened?

Turns out Treasury officials contacted the commission and requested more urgent work to be carried out on weddings. The commission initially declined, telling the beancounters that it was ‘swamped’ with wills work. But officials insisted and wills law reform is now back on the agenda. Green points out that, given the events of the past year, the timing is right at last. ‘If the work had been completed before the pandemic struck, the commission might not have got it right,’ he says. ‘The opportunity to revisit wills in light of Covid might be something of a blessing in disguise.’