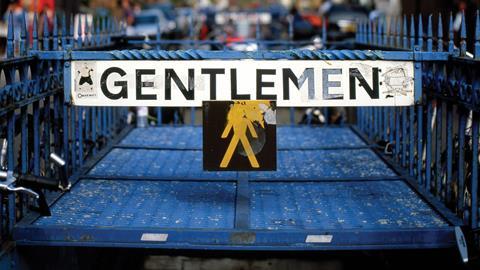 Now that pardons for convicted gay men are in the offing, it is interesting to think back and remember how the courts dealt with men caught in what were then compromising positions.

I remember appearing in front of a stipe at Marlborough Street, London. It was the usual sort of evidence. A policeman at dead of night at Regent’s Park bandstand had shone his torch and later related in graphic if prosaic terms what he saw. The stipe, who must have heard this sort of case every day for years, shoved his chair back in a screech and remarked, ‘God, how disgusting’. I could see it was not going to be one of my more successful afternoons.

On the other hand men like Frank Milton would go out of their way to avoid convicting in this sort of case. But you had to play by the rules. It would not help (as in ‘sus’ cases) to say the police officer had made the whole thing up. An explanation, however implausible, had to be put forward. I recall one case where the successful defence was that one man was helping to button the other’s flies (this was before zips) because he had arthritis.

Then there were the agents provocateur – young, handsome policemen who frequented known ‘cottages’ waiting for someone to ‘nod and smile’ at them. I remember a case when John Maude’s first question cross-examining a police officer who had spread-eagled himself in the roof of a lavatory so he could peer into cubicles was, ‘Are you really happy in your work, officer?’

In those days, when a famous person was charged in an inner London court his case would be on first, his name would not necessarily appear in the list and sometimes the court would not be open during his case. It wasn’t heard in camera; the court just wasn’t open.

But when it came down to it the aim was to keep the man out of prison and a second offence almost guaranteed a month. The popular columnist Nancy Spain wrote, ‘Is it possible to cure these perverts?’ and to convince the bench this was indeed possible, time and money had to be invested arranging for a tame psychiatrist to say there was a bed waiting for him in a hospital or he was scheduled for outpatient treatment. Tempora mutantur – and certainly in this case for the better.