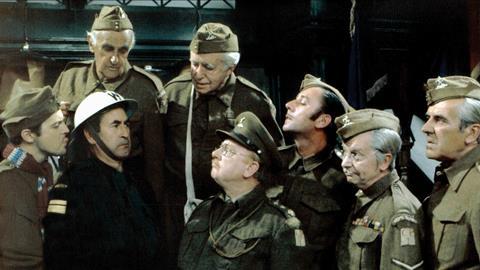 With all the fuss over the so-called Nightingale courts, it’s easy to forget that we have been here before. In summer 1940, to be precise. Readers of Memory Lane last week will have noted that on 19 June 1940 – the day after Churchill’s ‘finest hour’ speech – emergency regulations were passed to enable courts to sit ‘at places other than those at which they are normally held if this were thought expedient having regard to any hostile operations in Great Britain’.

In other words, in the event of Nazi invasion.

In a magnificent statement about what we were fighting for, the Gazette reported that special provision was to be made ‘for supplying any deficiency in jurors’ even if the panzers were at the gates.

The August 1940 edition of the Gazette reported an even more impressive sign of determination to keep calm and carry on: the Council of Judges decided to abandon the long vacation that year. Courts were to sit from August to September ‘not merely to dispose of urgent business but in order that all parties who so desire may have their cases tried when they are ready’. Whatever happened to that idea?

Obiter wonders if the spectacle of makeshift wartime justice being dispensed by superannuated volunteers in a church hall – perhaps shared with an officious ARP warden – might have dramatic possibilities. Producers of TV sitcoms are welcome to get in touch.