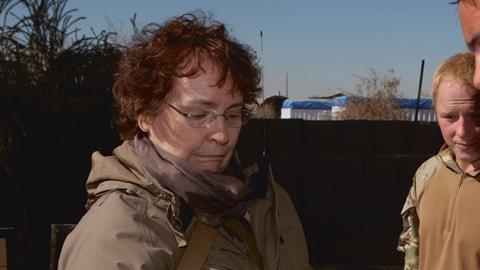 To most of us, the idea of going to court just to test out an idea sounds like an expensive luxury. However, the Ministry of Justice’s former top mandarin has confirmed suspicions that ministers sometimes live in a different world.

Dame Ursula Brennan (pictured) retired last summer as permanent secretary (she is pictured here in an earlier incarnation at the MoD). But she recalled her experience of contesting judicial reviews in an interview with Civil Service World.

She said that while a lot of people would cite the number of judicial reviews as an indication that the department was acting unlawfully, in reality it was its job to establish the boundaries of possibility. ‘It’s true that quite often ministers wanted to push things further and faster and people challenged that and sometimes we lost those challenges. I know a lot of people got very agitated about that. I think it’s up to ministers to say: “I want to push and try and if I fail, okay.”’

Even in cases where ministers were advised they would lose a legal challenge, some would choose to push ahead regardless, she said. ‘Some ministers in those circumstances will give up, and others will say: “No, actually, if there’s a chance we might win, I want to try.” And as democratically elected politicians that is their prerogative.’

As befits the discreet Perm Sec, Brennan did not name names. But Obiter notes that her time at the MoJ coincided with Chris Grayling’s lord chancellorship.