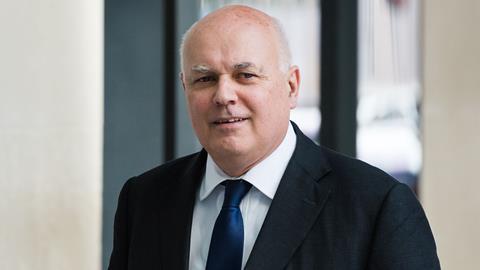 Iain Duncan Smith raises the volume on a career high

Iain Duncan Smith infamously told the Conservative Party Conference during his time as leader that he was 'turning up the volume'. Now a prominent backbencher, he was still true to his word as a fringe event at this year's Conservative Party conference juggled the tricky issue of recreational cannabis legalisation.

Duncan Smith was a staunch opponent of legalising the drug in the face of arguments from his fellow Conservative Crispin Blunt and a speaker from the Institute of Economic Affairs.

Once the debate got onto parallels with alcohol use and the effects of prohibition, Duncan Smith came to life, leaning forward to the microphone and saying that usage of alcohol had increased since the 1960s, for which he blamed cost-cutting supermarkets and soft-touch regulation.

Cue everyone talking over each other and a member of the audience asking a follow-up question with the caveat: 'Perhaps I could only hear from one panellist at a time?'

When the debate went to an audience vote, Duncan Smith's side had won by 60 votes to 40. A hefty majority by recent standards, and victory for the man turning up the volume.