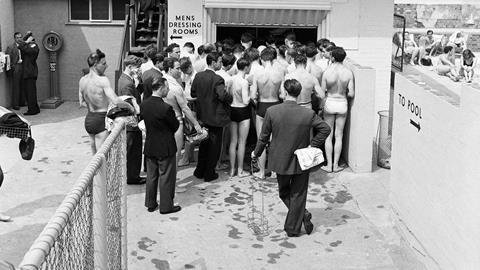 In the swim – at last

Most articled clerks were Londoners and lived at home. With minimal or no pay, they had no alternative. 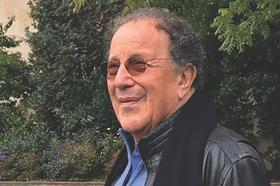 I suddenly found myself joining the ranks of the outsiders after one blazing row too many with my father. Even my mother’s cooking and free laundry services could not keep me at home any longer.

Obviously, there were some with private incomes, but the rest of us had to make ends meet with illicit second and third jobs. Fortunately, our work as articled clerks did not tax our energy too much and there was plenty left for bartending, washing up or whatever else we could find.

On the face of it, London was an expensive city well beyond our means but we learned to plug into student circles. It was possible to enjoy an active and inexpensive social life. Nobody asked us awkward questions and the absence of a student union card was rarely a problem.

Any hope that the quality of the work would improve was unfounded. But the quantity certainly increased when my fellow articled clerk completed his servitude and slunk away.

Summer arrived and the articled clerks used to congregate at lunchtime at the outside pool of the Oasis Swimming Baths in Holborn (pictured). One day I arrived late, changed hurriedly and deposited my belongings in the wire basket with the attendant. I was in the pool when I suddenly remembered that I had £400 in cash – a fortune – in my jacket pocket for stamping an important conveyance. I leapt out of the water like a dolphin but fortunately the money was still there. Like my fellows, I was marking time until my period of articles finished, whereupon I could take the professional exams and become a solicitor. It struck me as a complete waste of my time and my latent tendency to delinquency was fast coming to the fore.

And then – everything changed. It was a normal Monday morning when I slunk into the office late as usual.

‘He wants to see you,’ the Major’s secretary informed me with a nod towards his closed door. I knocked, entered and stood waiting while he finished his phone conversation.

‘Do sit down.’ That was a first! ‘How are we today? Full of vim and vigour?’ This was more like it!

It transpired that the assistant solicitor had left suddenly. Nobody ever learned why. I was asked if I would agree to take on his work as well as my own, for the princely salary of £10 per week including all necessary overtime. I was speechless at the thought that the Major considered me capable of doing a proper job rather than processing the menial rubbish that I had been handling so far. Of course I agreed, making an immediate mental note to give up my various washing-up and bartending jobs.

The salary for a newly qualified assistant solicitor was £12 per week, so I considered myself rich, even though I was likely to be too exhausted to enjoy it.

I went upstairs to claim my new office. The large desk was completely covered with heaped bundles (files and filing cabinets were then considered new-fangled inventions). Correspondence in date order was secured with a rather dangerous brass pin, doubled over and contained within a cardboard cover; the whole secured with a pink ribbon. Original documents were kept in the Major’s safe.

I had already spent far too much time rummaging on my knees before that safe in the search for deeds that he needed. Almost invariably, what was required was at the bottom of the pile.

I astonished everyone by writing details of the contents on the exposed edges and putting the envelopes in alphabetical order, thus saving much time. However, before the system was in place, the knees of my workday suit had to be reinforced with darning wool as the strain on them had become too much.

I stood and looked at my new desk with dismay. Where was I to start? In the early 1950s, specialisation was virtually unknown, except perhaps in the big City firms. Even they were constrained by a rule that they could not have more than 20 partners. At the Major’s level, one took on everything and every client that came through the door.

Miss F was there to help me and I had to read some files before I asked her in for dictation. It did not take me long to realise that everything was badly neglected and most bundles contained letters that needed answering.

It took a long time but I eventually reached the bottom of the pile to discover that my desk was covered in much scuffed red leather with a worn gold leaf border. It was something of a triumph to reach that stage. I found that the academic law from university quite helpful but much more was down to what common sense I possessed. I was often reviving moribund correspondence and taking it step by step: a letter at a time. I could always ask the Major for help but it was a point of pride to bother him as little as possible.

If I needed to refer to an up-to-date law book, I could dictate myself a note with the firm’s letter heading allowing me access to the Law Society’s library down the road. Every day at lunchtime I resumed my role as the outdoor clerk and joined the others on their rounds. All that I was doing and the varied experience I was gaining gave me energy. I had no problem working the long hours that were required, reckoning that I had been given a magnificent opportunity to acquire the skills to learn my craft.

The fact that the Major was using me to do two jobs for the price of slightly less than one was neither here nor there.