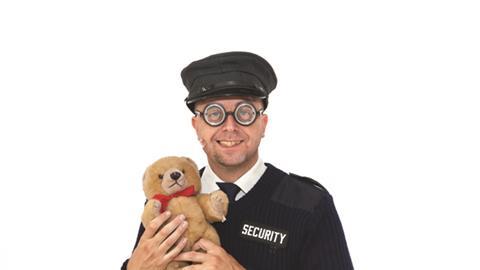 Jobsworth socks it to the bench

Tales of over-zealous court security officers have struck a chord with Gazette readers. Mike Clements of Cardiff was amused to be asked to raise his trouser legs by a guard at Cardiff County Court to prove no knives were concealed in his socks. ‘I said I’ve been using the courts since the days when the district judges (or registrars as they were until 1990) used to walk past us in the corridor to their chambers. I could have killed one then.

‘Also I could train to be a karate expert and kill them with my bare hands. The jobsworth simply said “next!”’

Retired judge Dr Stephen Pacey says he always thought that court security staff were there to protect the judges from the public, not the other way round. ‘I learned, however, this was not the case when, as an immigration judge, a security guard told me I could not take my pocket dictating machine into court. I patiently explained that without it I could not dictate the judgments that were expected of me.

‘Fortunately his colleague took a more sensible view. I’m afraid this is one area in the justice system in which there is a proliferation of jobsworths who treat all, including judges, with little more than contempt.’

But Hey Kan Su of north London says that security staff at the RCJ and Rolls Building might have omitted a really dangerous item on their banned list: ‘Perhaps they should take a look at the high heels worn by many barristers. A flying high heel from a counsel at an unsuspecting judge may not be entirely fanciful – and may even be seen as making a more forceful point than a toy car.’ Let’s not give anyone ideas.