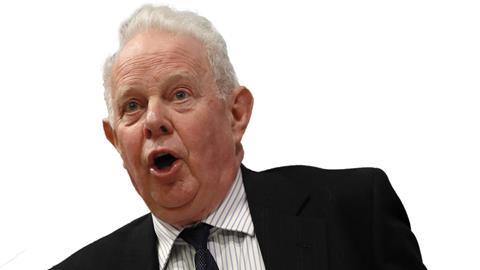 Criticising the slow progress made in broadening judicial diversity, human rights group Justice acknowledged that a number of the recommendations in its latest report will be unpopular with some. So Obiter was keen to hear what the lord chief justice, speaking at an event to mark the report’s publication, made of it.

But Lord Thomas of Cwmgiedd was oddly coy. ‘What are my views on this? I would like to tell you. Lots of it I agree with. Lots of it I do not agree with,’ he teased. Was it the targets ‘with teeth’? Creating ‘talent pools’ of suitable judges for every court?

Answer came there none. Being on the ‘edge’ of a general election, the lord chief justice thought it inappropriate to stick his neck out.

The distinguished lord chief seems to be following the line of the Civil Service Code, which requires public servants ‘not to undertake any activity that could call into question their political impartiality or that could give rise to criticism that public resources are being used for party political purposes’.

But is judicial diversity an election issue? Can’t see it.