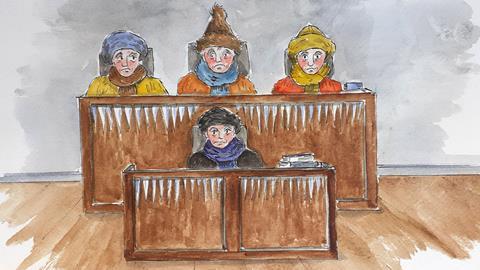 Judicial hopes down the toilet

Just when the legal profession starts to make progress in the ‘we’re not all fat cats’ argument, along comes the lord chief justice and spoils it all. Giving evidence in parliament last week, Lord Burnett of Maldon assured MPs that successful lawyers are accustomed to working in buildings with not only heating and air conditioning but also where neither the roof nor the ‘loos’ leak.

The lord chief was making a good point about the continued scandal of crumbling courts. ‘Every winter, we lose hearings because the heating is broken. There is a limit to how much you can expect people to sit in court in coats and bobble hats and gloves.’ He went on to suggest that the state of the estate is not only an embarrassment but is also putting off lawyers from applying to the bench. ‘People coming from the legal profession are used to working in an environment where the IT works and where there is appropriate staff support,’ he plaintively contended.

Obiter respectfully submits that the lord chief may have been stretching a point here. Has anyone really torn up their application to the Judicial Appointments Commission because they couldn’t face the pong in the local Crown court? And are bog-standard law offices really the five-star establishments he seems to imagine? Let’s have your thoughts: email Amy.Coleman@lawsociety.org.uk.