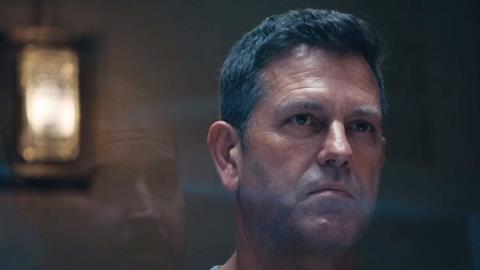 In a sea of endless bent coppers, yesterday’s Line of Duty also saw the return of a bent solicitor – Jimmy Lakewell. The villain of series four was back in the latest episode sporting the kind of tan that suggests inmates at HMP Blackthorn have pretty decent access to a sunbed.

Lakewell, for those who don’t remember, was exposed as an insider working for the OCG (organised crime group) who tipped off balaclava man about DI Arnott closing in on him, prompting our hero detective to end up pushed down a flight of stairs and poor Steve to be still suffering with a bad back.

Anyway, Lakewell has spent four years inside having been convicted of crimes not entirely defined, but was back as a potential informant tipping off journalist Gail Vella about high-level corruption. Unfortunately Vella had already met her grim fate before this series started, but could Lakewell provide the answers that AC12 were looking for?

We’ll save the spoilers, but can happily share some of Lakewell’s latest zingers. Upon meeting Arnott (not blessed in the height department), the detective told him: ‘Last time we met, I was in a wheelchair’, to which Lakewell replied: ‘I thought you looked taller, relatively’.

When Arnott told him his team was attempting to identify a suspect, Lakewell responded: ‘Always attempting, never achieving.’

And with no little understatement, after being reminded of his past life as a solicitor, Lakewell said: ‘My legal career has been somewhat curtailed.’ In a programme famed for its characters lying through their teeth, that’s probably the most accurate statement yet.