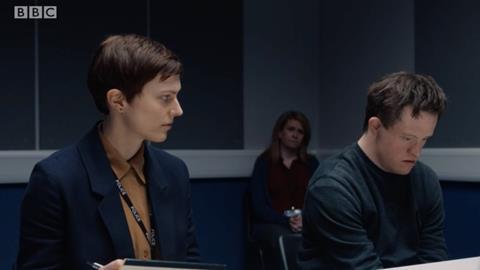 Unless you’ve spent the last month on the moon, you’ll know the latest series of Line of Duty is back on the TV. For the uninitiated, three good cops hunt down bent coppers through a series of tense interviews and covert meetings in dark subways. While the police work is always the main focus, a solicitor is always involved at some point, and not always portrayed in a sympathetic light. While the country watches from behind a cushion, lawyers are just as likely to throw the cushion at the telly.

The first episode of series six featured a single duty solicitor, accompanying a suspect during a police interview. The suspect, a man called Terry who had Down’s syndrome, was clearly distressed during the process and many of those commenting on social media asked why the solicitor did not step in and stop it. Others pointed out that a solicitor answering questions for her client would not have been allowed either.

Oddly, the solicitor's only other appearance came near the end, where she waited until Terry was getting into the car before telling him he was being taken to a safe house (no such thing in Line of Duty) and addressing him as ‘Tony’. An oversight by the editors or a morsel of a clue for a future episode? We can’t wait to find out.

Was the solicitor accurately portrayed? Probably not, all told. But she was awake, alive, and not (apparently) corrupt, which is at least an improvement on her predecessors in previous series.

#lineofduty Enjoyed it but was I annoying spouse with my despair over a solicitor allowing a vulnerable suspect to answer questions especially when showing signs of distress. No way an inference of guilt would be inferred for exercising right to silence. Where was App Adult?

When you're watching #LineOfDuty and thinking "where on earth is the intermediary?" [https://t.co/6mwZbdnESb] / why have neither the solicitor or the appropriate adult intervened to check Terry Boyle understood the questions.