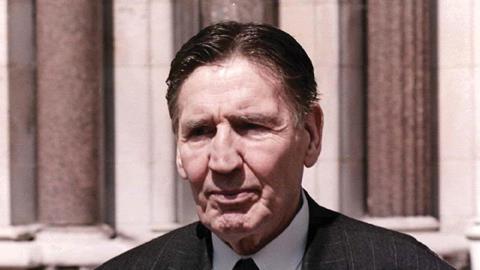 News that a female solicitor has been assaulted at a police station is disturbing, but unfortunately solicitors have always been at risk from the violent or mentally ill client. In the old courts in inner London there was a bell to call for the gaoler, but it could go unanswered for long periods. I always regarded myself as sufficiently large that disappointed clients would look for an easier target on whom to vent their anger. But gaolers at these courts would often decline to let young and vulnerable female advocates into cells with the more scabrous clients.

When I was defending ‘Mad’ Frankie Fraser after the Parkhurst riots, the warders at the prison were always keen to tell me how dangerous he was. ‘He’s in a bad mood today. You sit this side of the table and we’ll try to get to him first.’ And once, ‘we’ve put you in the doctor’s room; there’s a bell under the table you press with your knee’. But I never had the slightest trouble with him.

It is very difficult to know what will set off a client. I once appeared as duty solicitor for a woman who had broken up a cafe for no apparent reason. As the interview went on she asked me my religion. Now you can’t really say in the time available, ‘It’s nothing to do with you’, and I explained I could be described as mildly agnostic. It soon became clear she was virulently anti-Catholic. The trouble was that anything could trigger a fit of rage.

Obviously the Pope could not be mentioned,  nor could President Kennedy. Neither was an immediate topic but mention of the colour green (the colour of her smashed tea mug) produced a torrent of abuse.

Only once did a client expose himself. He had been charged with that offence and wanted me to ask the cinema usherette to whom he had exposed himself earlier if he was circumcised. Without waiting for me to say anything he produced the evidence to show he was not. ‘Put it away at once,’ I said, and he did. I took care never to go into the cell with him again and conversation was conducted through the window until he went back to a mental hospital.

I had been around the block by then, but I can understand how disturbing it would be to a young advocate.