Long and short arm of the law

Sam Pope, the pre-war stipendiary magistrate, had a hard time at the bar. ‘You know,’ he once told the clerk of his court, ‘you don’t know what it means my friend to go down to your chambers day after day for weeks on end, months sometimes, and not a penny coming in.’ Every morning he stood outside his front door and looked at his gold pocket watch for a minute or two to show people he had not pawned it. 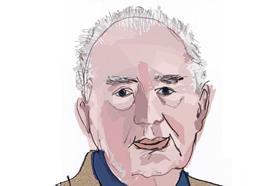 Help was at hand. Pope was rescued from a life of penury by his uncle Sir Edward Shortt who kindly appointed him to the bench along with two other nephews.

Pope was generally kind and sympathetic to the flotsam washing up at Lambeth where he sat. Frugal in that he would pick up string discarded by the postman saying, ‘this will do nicely for the garden’, he could not understand waste. When a woman appeared in front of him accused of smashing a window, he was furious when all she could say was that she had been provoked. ‘Who provoked you?’ demanded Pope. ‘The window? Did it make faces at you? You’re cracked too. Go up to Holloway for a week and let’s see what the doctor thinks of you.’

A more dubious appointment of the time was that of Henry Rooth. Apart from his inability to make a decision without a long discussion with his clerk, Rooth had another serious problem. He did not deliver the expected short statement of his reasons for a decision – he delivered a long one. On one occasion he conferred with the clerk of the court, F T Giles, about the case of a Norwegian seaman who had stolen a woman’s purse in a shop. It was an offence, given the woman’s own poverty, they both agreed was disgraceful and deserved six months.

Rooth began his delivery with remarks about both England and Norway having a monarchy and how both were seafaring nations before turning to the case and the bravery of sailors generally. After a few more minutes he stopped and spoke to Giles saying: ‘You know, I’ve talked myself into acquitting this blaggard.’

‘Then you’ll have to do so,’ said Giles.