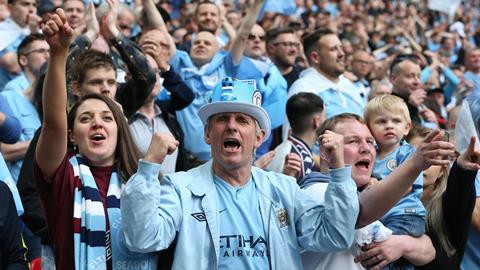 It is rare that football fans pay much attention to the work of high-flying City lawyers, but those two worlds collided with the Manchester City decision yesterday.

The Court of Arbitration for Sport lifted City’s two-year exclusion from European club competition and reduced the club’s fine from $30m to $10m (roughly one-sixth of the cost of reserve full-back Joao Cancelo). CAS ruled that the Premier League club did not disguise equity funding as sponsorship contributions but did fail to cooperate with UEFA authorities.

This followed a three-day hearing last month and the decision allows City access to the multi-million rewards of taking part in the Champions League for the next year at least.

The club had engaged magic circle firm Freshfields Bruckhaus Deringer to represent them, with Rhodri Thomas and Geoff Nicholas the lead partners on the case.

When the decision was made, this meant a flood of social media posts where fans praised their side’s defence (the Freshfields version rather than Laporte and Walker) and numerous videos of an army of sharp-suited lawyers walking in formation which purported to be City’s legal team. Some rival fans even requested the Freshfields lawyers represent their teams in their own legal battles. Another tweet nominated five named lawyers working on the case as the greatest ever 5-a-side team.

Plenty more posts speculated about the sort of costs involved with instructing such a team. Given City would stand to win at least £70m if they can win the Champions League next season, whatever the figures were it was money well spent.