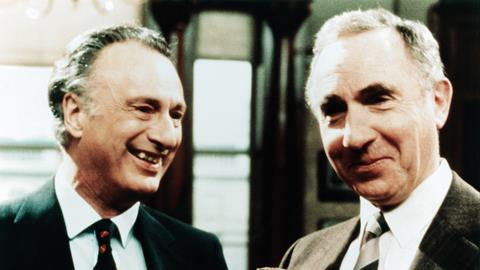 A permanent secretary, Yes Minister’s Sir Humphrey once said, should mature like an old port. The Ministry of Justice’s Sir Richard Heaton has certainly had time to acquire a crust and a fine tawny hue. The barrister turned mandarin has been in his current post since August 2015, long enough to have learned where plenty of ministerial bodies are buried.

But can he survive Dominic Cummings’ hard rain? Following news of the departure of Cabinet secretary Sir Mark Sedwill, Heaton has frequently been named as the next likely casualty of the war on Whitehall. Appearing before the House of Commons Public Accounts Committee last week, Heaton confirmed that his five-year tenure ends in August – but dismissed talk of his departure as ‘at the moment speculation’.

However to Obiter, at least, he appeared a trifle demob-happy, opening up to a remarkable extent about previous failings – in particular those of the unlamented Chris Grayling. ‘Twice a year we had to go cap in hand to the Treasury and it was not a great position for the department to be in,’ he recalled.

In these sessions, civil servants are supposed to defend their current political masters robustly. But, when asked if the department was in a better position now, all Sir Richard could say was that the current budgetary settlement will ‘broadly speaking keep the lights on’.

To Obiter, that sounds less fulsome than the endorsement you would expect from a man looking to renew his contract.