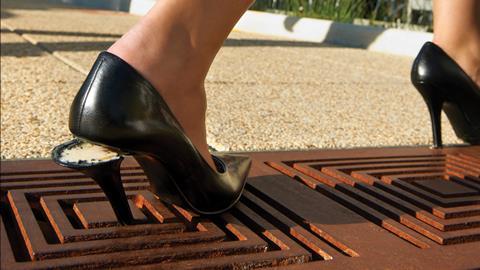 Last month’s international symposium on ‘the power of gender equality to transform the business of law’ heard several speakers refer to Caroline Criado Perez’s best-selling book Invisible Women: Exposing Data Bias in a World Designed for Men. So it was appropriate when one attendee observed that the standard-issue clip-on microphone attached to speakers was designed with a man’s jacket in mind – it ideally required both a lapel and a jacket pocket.

Still, it’s been a while since Slaughter and May had only men’s toilets on the floor designated for client meetings. Are there other things law firms still need to change? And does the perspective of a woman leader make a difference when decisions are made?

‘Hog Lov’ is one of many City firms that boast a large terrace used for client parties, with stunning views of the City’s shining towers, church spires and the bustle of the streets below. But according to London managing partner Susan Bright, the terrace had been unwittingly designed for men – including gaps between the boards that were just wide enough to catch and grip the tip of many smart high-heeled shoes.

The terrace, she proudly noted, has now been redecked – without the gaps.