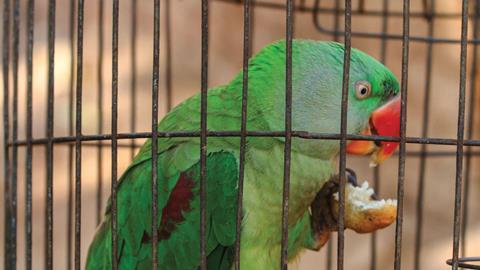 Not in front of the parrot

‘There is nothing new under the Sun’ is, I believe, the correct quote from Ecclesiastes. So lawyers should not be surprised to read that one of their American brethren has had difficulty with a couple splitting up.

However, Philadelphian lawyer Michael Adler has just settled visiting rights to a parrot. Who shall keep Rover and who shall take him for walkies, yes – but who shall clean out the bird cage? Not so often. Adler has, it seems, persuaded the couple that neither shall teach the bird negative phrases about the other. ‘I went to law school for this,’ he tweeted.

Nor is anything nasty to be said of the former partner in front of the parrot. ‘You have to use creative skills to get at what is bothering the other side,’ said Adler.

Back in the days when a breach of promise was actionable here, in 1959, William Bensfield, then aged 42, locked horns with 39-year-old widow Elizabeth Bowak. He had given her various presents, including a foul-beaked Indian parrot called Tommy and a mynah bird.

Three days before their wedding, William had his mistress of 12 years deliver a note breaking off the engagement. He then compounded his bad behaviour by suing the widow for the return of the birds. She counterclaimed alleging breach of promise. Tommy was not allowed in court because of his foul language. ‘Your honour might hold me in contempt,’ wagged counsel.

Mrs Bowak was awarded £300 and Bensfield got his birds back. She left the court in tears, saying she would rather have the birds than the money. ‘They called me Mum,’ she insisted.

Generally my clients didn’t have any property worth fighting over, but a solicitor friend told me how, with costs escalating in a divorce suit after she failed to get an agreement over who should have a none too valuable teapot, she deliberately dropped and broke it. ‘Sue me,’ she said – but neither did.

Breach of promise actions ended in 1971 along with actions for enticement. The last of those seems to have involved a barrister who had better be nameless. An injured husband claimed the barrister had used his wealth to lure away the wife. No case to answer.