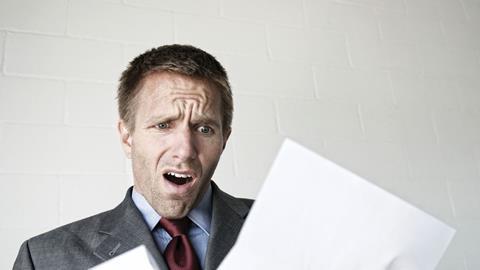 In these troubled times, it’s heartwarming to note the survival of a great national institution. We refer of course to the Legal Services Consumer Panel, holder of the 2013 Nobel prize for stating the bleedin’ obvious.

Sorry, force of habit. Obiter does sometimes rib the panel, but we have to admit that its latest oeuvre addresses a worthy subject: the client care letter. A ‘qualitative research report’ prepared for eight legal regulators, including the Solicitors Regulation Authority, found that client care letters ‘often did little to challenge negative preconceptions of legal services communications as complex and difficult to read’.

Or as one client, described as ‘vulnerable, recent user, London’, put it: ‘You look at their communications and it’s like they’re trying to make you feel thick.’

‘Sophisticated recent user, Midlands’ offered another take: ‘They pad it out to make it seem worth the money.’

‘Sophisticated’ of Leeds was another dissatisfied customer: ‘It sounds like this person isn’t even qualified to look after the case; this would make me nervous.’ ‘Sophisticated recent user, London’ griped: ‘Surely it’s too early to tell me about how to complain? It makes you nervous that they won’t be any good – what are they trying to tell me!?’

The panel sets out eight principles for a good client care letter, including ‘keep it concise’ and ‘put it in plain English’ (say ‘costs’, rather than ‘disbursements’). It is less clear about how to square these goals with the regulators’ demands for what information should be included, but it’s a start.