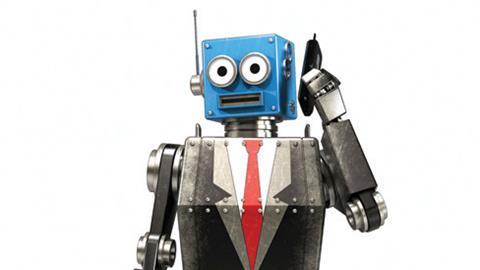 Rage against the machine

To Chancery Lane and the Law Society’s packed-out ‘Robots & Lawyers’ conference. In the week that the European Parliament’s committee on legal affairs seriously recommended the adoption of science fiction writer Isaac Asimov’s three laws of robotics, this certainly captured the zeitgeist. Asimov’s laws, dating from 1943, start with ‘A robot may not injure a human being or, through inaction, allow a human being to come to harm’.

To judge by the conference Q&As, solicitors tend to have more mundane concerns – starting with ‘is a robot about to do me out of a job?’ While a poll of attendees suggested that the  profession is not about to become obsolete, a quarter weren’t sure. And worryingly, 12% thought their own job could be done by artificial intelligence – perhaps indicating the high percentage of junior lawyers in the room.

But perhaps judges should be the ones to worry. Responding to a Gazette news story on research that showed computer programs matched judges’ decision-making in 31 cases, one Gazette reader commented: ‘Clearly that’s too easy a test for Robo-Judge. Get it to rationalise the decisions by the Legal Aid Agency assessors and smoke will be pouring out of the back in seconds.’