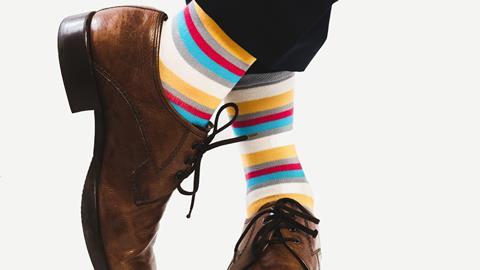 Our comments last week about what to wear in court during a heatwave (remember that?) seem to have started something.

The letters page in The Times has been full of anecdotes about lawyers’ attire. His Honour Judge Ticehurst recalled a solicitor turning up at a magistrates’ court wearing a lightweight cream suit. ‘He was asked by several solicitors, ushers and others for a Cornetto or choc ice and the light-coloured suit was never seen again.’

In another letter, Gerald Gouriet QC recalled staying in a hotel near Aylesbury Crown Court and trying to order breakfast from a man in black jacket and pinstripe trousers. ‘I think I’m against you in Court 2,’ he replied.

But our favourite was from His Honour Rod Denyer QC, who had a tale about his first day in pupillage. He says he presented himself at chambers wearing a ‘rather sharp’ Italian two-piece suit, an orange shirt and brown shoes. (It was 1970, after all.)

‘Rod, you look like a solicitor,’ was his pupil master’s verdict. Ouch.