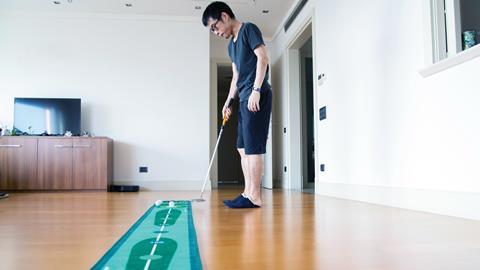 As the lockdowns drag on and the nights draw in, solicitors are dialling into legal conferences in search of knowledge and human interaction. While most people have mastered the basics of Zoom by now – cries of ‘mute yourself’ are mercifully less common – virtual conferencing has thrown up its own issues.

For starters: length. The COLPs and COFAs SRA conference lasted longer than Glastonbury as compliance officers were invited to sessions every day. Perhaps there should be an ‘I survived a week of the SRA conference’ commemorative photo organised. An impressive 1,000 viewers stuck with a 90-minute session on money laundering.

Meanwhile, the Association of Personal Injury Lawyers had to sacrifice its annual jaunt to Celtic Manor golf resort in south Wales for four days of online sessions. In previous years, delegates were known to skip the odd session for a round of golf, but due to Covid‑19 this year’s truants were forced to practise putting in their own back garden.

Time zones are also less of an issue when you’re crammed into one meeting room. At this year’s International Bar Association conference, a speaker had to dial in from Australia at 3am local time and speak in hushed tones from his darkened lounge. Who needed Miami, after all?

Just when guests think they have survived the worst, however, they are invited to the post-event networking session. Bring on the vaccine.