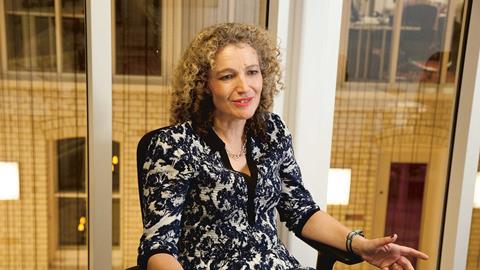 ‘I’ve got £4.5m in the bank,’ a client left paralysed after an accident told Catherine Leech, the personal injury solicitor who had acted for him. ‘But I would give every penny back not to be like this. It’s not a lottery win, it’s compensation.’

This is the essence of Leech’s work as a personal injury lawyer acting for clients who have suffered traumatic brain or spinal cord injury. She tells the Gazette: ‘I would be no help to my clients if I just wailed and passed the tissues. Lawyers find solutions to problems. There is the legal side, which is strategy. And there is the “buzzy” side, which is building relationships with clients and working to improve their quality of life.

‘Clients,’ she explains, ‘have suffered a catastrophic life-changing event and we help them pick up the pieces. That’s where the buzz comes in.’

Leech spent her first year of articles in the mid-1980s at a commercial firm before spending the second year at a legal aid practice, both in Birmingham. ‘That second year was the best of educations,’ Leech recalls. ‘Clients would walk in off the street with enquiries about every conceivable area of law. I found myself doing lots of advocacy. It taught you to be resourceful.’

In 1988, she moved into disaster law with Rodger Pannone, who at that time, in addition to his own firm, was running a joint venture with Irwin Mitchell’s Michael Napier. They had set up Pannone Napier to represent plaintiffs in multi-party claims following a spate of aviation and maritime disasters in the late 1980s. Pannone Napier was amicably dissolved in 1994.

In the meantime, in 1991, Leech had become a partner in Pannone’s serious personal injury department in Manchester, where she remains to this day. In the intervening years, she has acted in many high-profile cases, including personal injury and group actions following large-scale disasters.

The first of these disasters, when she still had just a few years’ post-qualification experience, was representing the victims of the British Midland air crash in Kegworth, Leicestershire. In the 8 January 1989 accident, 47 people were killed and 74 injured when the aeroplane, attempting an emergency landing at East Midlands Airport, crashed into an embankment beside the M1 motorway.

Almost exactly 25 years after the accident, Leech still remembers how ‘extremely affecting and inspiring’ it was to work with survivors and aviation experts to find out what had gone so wrong. The inquest established the cause of the accident and changes were made to pilot and cabin crew procedures to reduce the likelihood of a similar incident in the future.

‘To be involved in a case directly responsible for improving passenger safety showed me that legal action can bring about positive changes after a terrible tragedy,’ Leech says. ‘This was hugely satisfying and brought some comfort to the families of the deceased.’

The catalogue of Leech’s multi-party actions encompasses the grim history of disasters in the late 20th century. In addition to the British Midland air crash, she acted for claimants in the wake of the capsized Herald of Free Enterprise. This was a roll-on, roll-off Townsend Thoresen ferry that tipped on its side moments after leaving the Belgian port of Zeebrugge on the night of 6 March 1987. Some 193 people died, the highest death count of any peacetime maritime disaster involving a British ship since the sinking of the RMS Empress of Ireland in 1914.

She also acted in a group action in a product liability case where people who had eaten a certain brand of hazelnut yoghurt suffered from botulism poisoning. Though less dramatic than headline disasters, there was nothing trivial about this case. Clients experienced locked-in syndrome symptoms and suffered paralysis of their nervous systems for four weeks. They all made a complete recovery and received compensation from the manufacturer of the yoghurt.

Before fast-forwarding to 2013, the year that Leech won the Solicitor of the Year (Private Practice) accolade at the Law Society Excellence Awards, the Gazette puts it to her that personal injury lawyers are generally despised as ambulance-chasing vultures. She has been practising for 25 years in the sector. Was it, perhaps, a misguided career choice?

We help clients to pick up the pieces. That’s where the buzz comes in

‘Personal injury gets a bad press,’ Leech concedes. ‘Some of the red-tops vilify us for profiting from the so-called compensation culture. But for every person who is fiddling their claim, there is a whole cabinet of people whose lives have been devastated. Claimants, who have suffered a terrible wrong with life-changing effect, are dismissed as somehow less deserving of justice and respect.’

She cites the case of her first spinal cord injury claimant, a young man who was driving to work when he crashed and was rendered tetraplegic [partial or total loss of the use of limbs and torso] in the mid-1990s. ‘He was angry and you can’t really blame him,’ says Leech. ‘But with the right care and support, he got his life back together again. He is still wheelchair bound, but is married with children.’

Recalling that claimant prompts her to speak about a happiness survey carried out by the Spinal Injuries Association (SIA) of tetraplegic and paraplegic clients. She says: ‘The results were fascinating. Simple, everyday things, such as family, friends and home, contributed more to their personal happiness than specialist equipment and facilities paid out of compensation.’

The SIA also provides peer support to victims of severe injury, Leech says: ‘Someone in the same boat with similar injuries goes to visit a person who has just been told he or she won’t ever walk again. It’s a hard road to rehabilitation, perhaps made worse by the victims mostly being still fully compos mentis.’

Not all of Leech’s cases have had a happy ending. The client with the £4.5m in the bank, Leech says, had ‘intellect and charm’. He also had a wife and young child, played county rugby before the accident and was a ‘high achiever’. None of which stopped him committing suicide. ‘It was terribly sad,’ says Leech.

At the Excellence Awards, the judges commended Leech for two cutting-edge cases: Woodland v Essex, in which she acted for a woman who, as a child, suffered brain injury during a school swimming lesson; and for Sean Highdale, a promising young professional footballer whose career was cut short by a road accident.

She first tells the Gazette about the Woodland case, in which the Supreme Court in October 2013 granted Annie Woodland, now in her twenties, leave to pursue a negligence claim against her local education authority, Essex County Council and other parties. Woodland had suffered severe brain damage when she nearly drowned, aged 10, during a school swimming lesson in July 2000. It transpired that the swimming teacher that day was neither employed by the school – he was a contractor – nor insured against accidents of this sort.

Lower courts, including the Court of Appeal, dismissed Woodland’s claims for compensation on the grounds that it would be unjust to impose a ‘non-delegable duty of care’ on the council, not least because it would discourage schools from providing valuable educational experiences for their pupils. However, five Supreme Court justices found to the contrary, with Lord Sumption ruling that the local authority did indeed owe a ‘non-delegable duty of care’. He explained his ruling by saying that parents were required to entrust their child to a school and had no influence over whether or not a school chose to delegate or whether the delegatee was competent or otherwise.

‘This case was a fantastic mix of liabilities and jurisdictions,’ Leech recalls, ‘but the driving force was the father’s indignation. “I took her to school as a healthy 10-year-old and she came back brain-damaged,” he said. You can understand his view, particularly as his daughter had done nothing wrong.’

The other of Leech’s cases picked out for special mention by the Excellence Awards judges culminated in an out-of-court settlement of ‘substantial damages’ for a teenage soccer star.

Sean Highdale was just 17 and on the verge of a lucrative career in the Premier League when he broke his neck and suffered severe knee and ankle injuries in a car accident that killed two people and badly injured two others. At the time of the accident he was a star in Liverpool Football Club’s academy and regularly captained the academy team. He had also played for England under-16s.

Despite operations and more than two years of intensive rehabilitation, Highdale had to accept that he would never be fit enough to play for Liverpool or England again. Leech helped him secure compensation. ‘We were able to call upon more than 30 witnesses, including Liverpool stars Steven Gerrard and Jamie Carragher, who all testified to Sean’s fantastic potential,’ said Leech in a statement. ‘We are grateful for their expert opinion, which helped us agree substantial damages, paid by the insurers of the driver of the vehicle responsible for the accident.’

Leech tells the Gazette: ‘I’m a football fan, Manchester City, and I was quite star-struck meeting all those people who I’d only ever seen on Match of the Day.’