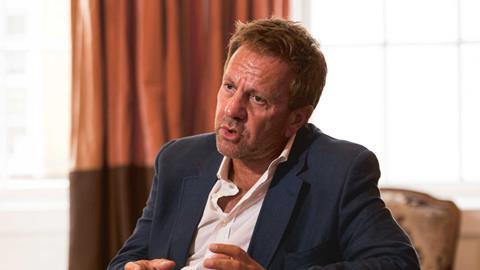 Schilling has built a fearsome reputation in high-profile divorce, libel and privacy cases. But he says it’s not too late to reinvent his firm.

From gofer to go-to lawyer for the rich and famous, Keith Schilling has done it all. He tells the Gazette that his firm Schillings has acted for what reads like the celebrity sidebar to the Daily Mail website: supermodel Naomi Campbell; Oscar-winning, and controversial, film director Roman Polanski; Harry Potter author JK Rowling; former Premier League footballer Ryan Giggs; and many more ‘A-listers’.

He adds that his firm has handled divorce cases worth millions of pounds, in the process establishing new case law. And he has now reinvented Schillings. It has become less of a fire fighter, he says, typically defending high-profile clients against tabloids that deem extramarital adventures to be in the public interest, and more a consultancy that minimises the risks of sparking scandal in the first place.

Even when still a gofer – or ‘outdoor clerk’, as his first job was more properly titled – he had brushes with the stars. He served a divorce petition on comedian Peter Sellers who, Schilling says, was ‘unimpressed’. And then there were the Beach Boys, and actors Jack Nicholson and Telly Savalas.

Does Schilling like the celebrities who pass through his office? ‘The more you get to know them, the more you admire them,’ he replies. ‘Of course, we tend to meet them only when they are in a stressful situation. They are unlikely to be at their best.’

Schilling left school in 1972 aged 15 and joined London show business practice Wright Webb Syrett as an outdoor clerk. ‘My duties were making tea for clients, doing the photocopying, delivering letters and going to the passport office,’ Schilling recalls. Media lawyer Oscar Beuselinck, famous not only for his negotiating skills, but also for his outspokenness, was head of the firm. Schilling, who did five-year articles there, learned much from Beuselinck.

Both men came from working-class families, an even more unusual background for lawyers in those days than it is now. Schilling’s mother worked in Sainsbury’s and his father was often unemployed. Both lawyers were also self-educated and Schilling came to regard Beuselinck as a role model.

Like his mentor, Schilling does have a vivid turn of phrase, referring to the ‘short and tumultuous life’ of this country’s privacy laws, for instance. Chambers, one of the leading guides to the profession, notes: ‘Keith Schilling enjoys an unparalleled reputation among sources, who praise him as “the don of defamation” and an “iconic claimant lawyer” with a “phenomenal reputation”’ for protecting his clients’ interests. Private Eye dubbed him the ‘Rottweiler’ because of his record tackling the tabloid press and stubbornly refusing to give up.

And yet, despite winning recognition as a top-flight media, libel and divorce lawyer, with a bohemian preference for informal open neck shirts, rather than the more starchy shirt and tie favoured by most of the profession, he is a difficult interviewee to pin down. Part of this is because of a completely laudable desire to protect client confidentiality. And part is down, or so it seems, to a natural diffidence.

In October 2013, for example, he gave a lecture entitled ‘Law, Celebrity and the Internet’ as a guest of the Centre for Intellectual Property and Information Law at the Cambridge University Faculty of Law, which can be viewed and heard on YouTube. The much-feared solicitor-advocate, with a string of courtroom triumphs to his name, delivered his speech in an understated monotone, reading from notes and demonstrating none of the brio that the audience must have expected.

In a March 2003 interview, Guardian journalist Janine Gibson noted a similar dissonance between the Groucho Club member Schilling and the ‘injunction king’ lawyer who is tight-lipped about the stuff that people really want to read. Gibson admitted defeat. ‘I’m disappointed,’ she wrote.

‘Two glasses of wine, switching off the tape recorder and casting the notebook to the ground have had no effect on Schilling’s discretion. In fact, it’s getting worse. He simply refuses to tell me anything about his clients, and if he does use a story to illustrate a point, he refuses to name the individual.’

It is the same story with the Gazette. Schilling simply rattles off his more high-profile cases – information that is easily gleaned from the internet – rather than give any new insights. He even interrupts the interview to say that the Gazette has surely got enough information to go on. And he deals with his 42-year career in terse style. He stayed at Wright Webb Syrett for 12 years, he says, during which time – among other clients – he acted for Private Eye, which was facing closure after a ruinously expensive libel battle with the wife of jailed Yorkshire Ripper Peter Sutcliffe.

In 1984, Schilling left Wright Webb Syrett to found – with colleague Nicholas Lom – Schilling & Lom. The latter departed in October 2001 and Schillings was born.

Schilling embarked on a series of groundbreaking cases that changed the law of England and Wales. On the firm’s website, he writes: ‘I’ve always enjoyed challenging the status quo. If you look at what we have achieved over the last 30 years [since the founding of Schilling & Lom], much of it has centred on doing things for the first time. Schillings has never taken the view that something can’t be done. To us, this just means it hasn’t been done before. This is what’s driven us throughout our history – if something isn’t right, then do something about it.’

The first groundbreaking case was in November 2002, when his client Shan Lambert became the first divorced wife to be awarded half the family wealth – £10m – by the Court of Appeal. She had been married to husband Harry for 23 years and Schilling was able to convince the judge that it was unacceptable to rate the breadwinner’s contribution to a long marriage higher than the homemaker’s. Schilling described the case as ‘a historic decision which eliminates discrimination in divorce. It is a long overdue reform’.

In 2004, he was instrumental in establishing, for the first time, a law of privacy in this country. The case was that of supermodel Naomi Campbell, who in May 2004 won in the House of Lords a breach of confidentiality claim against the Daily Mirror. He subsequently said: ‘There was no privacy law before the (Campbell) case established it. All the (current) phone hacking cases, every single one, is a privacy case.’

More recently, Schilling acted twice for Harry Potter author JK Rowling. In May 2008, he won a case in the Court of Appeal that effectively established a law of privacy for Rowling’s son – and other children of famous parents – granting him protection from intrusive photography by paparazzi. And in July 2013, he again acted for Rowling, this time in proceedings against a lawyer who had revealed that, writing under the pseudonym Robert Galbraith, she was the author of crime novel The Silkworm.

In between these two cases, in April and May 2011, he acted for footballer Ryan Giggs in obtaining a superinjunction. It was ‘super’ in that it not only prevented the Sun from printing details of Giggs’ extra-marital affair with a former Miss Wales, but also prevented the reporting – by all media outlets – of the injunction’s very existence.

Fast forward to 2014 and serial innovator Schilling has done it again. He has refocused the firm so that, in his words, it is ‘now a consulting business with a long history of litigation’, one that may suggest ‘technical solutions’ as well as legal ones.

Schilling says: ‘We discuss with chief executive officers what it is that keeps them awake at nights when they think about threats to their company’s reputation, such as a fatality or loss of confidential data. We can then carry out checks on their cyber-security – often through ethical hacking – and also advise on staff training about information security, including simple precautions like not leaving passwords on post-it notes stuck to their computers.’

The Schillings service is essentially risk management, advising clients on how to avoid data breaches, having the best social media policies in place, avoiding fines from the information commissioner, responding to possible class actions by customers and ensuring that lightning does not strike twice by taking steps to avoid repeating mistakes.

The new strategy is working, with the firm reporting that revenue was up by a third since it restructured in March 2013 with two alternative business structure licenses – one for the cyber-security end of the business and the other for the existing partnership.

Schilling adds that the debate has moved on from the tabloids claiming that too much privacy is bad for the freedom of the press, to everyone wondering whether we have enough privacy measures to protect us from the intrusions of the state. ‘We need to go even further than the Naomi Campbell privacy case,’ he says, ‘and have privacy laws with real teeth.’