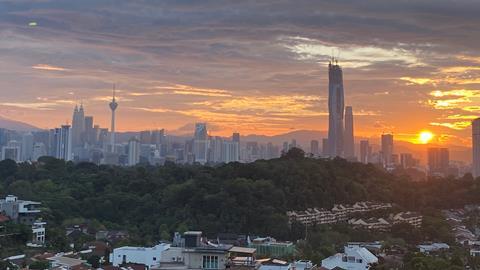 In our series examining how English law is being used in different jurisdictions, we look to Kuala Lumpur, Malaysia

Having qualified with Trowers & Hamlins in 2011, I spent just under seven years working in our Bahrain office before becoming a partner and moving to our Kuala Lumpur office at the start of 2018. Much of my career has been spent advising on cross-border investment transactions.

The law allowing for a partial liberalisation of the legal services market and for foreign law firms to open in Malaysia was enacted in 2014. We were the first firm to obtain a Qualified Foreign Law Firm licence (one of the options available under the liberalised regime) in April 2015.

This has permitted us to operate independently in Malaysia and primarily allows us to support our Malaysian clients on cross-border transactions, without advising on Malaysian law, in a similar way to other licensing models seen in certain ASEAN countries.

Kuala Lumpur has been a fantastic city to work and live in for the last three years and Malaysia is an amazing country to explore. I’ve been greeted with warmth by everyone I’ve met in the Malaysian legal sector and we share a myriad of common values, views and interests.

There are a number of areas where the influence and value of English law in Malaysia are apparent and I have summarised a handful of them below.

English law as a reference for Malaysian law and courts

Malaysian law is primarily a common law system, and English law has a role to play in judicial decision making.

In broad terms, the Malaysian Civil Law Act 1956 provides that a Malaysian court should apply English common law and rules of equity (as administered in England up to the statutory cut-off date) in Peninsular Malaysia unless provision has been made elsewhere in Malaysian law.

Malaysian courts have also continued to regard English law as persuasive authority after the cut-off date.

English law also plays a role in developing new legislation. In June last year, a corporate bribery offence was introduced in Malaysia and both the offence and the ‘adequate procedures’ defence are said to have been modelled on section 7 of the UK Bribery Act 2010.

Much of the commentary I’ve seen has looked to developments in the UK for lessons learned as a way of informing best practice that organisations should adopt.

Studying for a career in the law

Certain English law degrees are recognised and enable candidates to qualify to sit for the post-graduate Certificate in Legal Practice (CLP), before starting their practical training.

An English qualified barrister-at-law is also allowed to practise in Malaysia, without needing to sit for the CLP. This means those who have passed the English Bar Professional Training Course (BPTC) and been called to the Bar can proceed to the practical training stage of the qualification process (known as the pupillage in the fused professional system here).

Once their practical training is completed, these barristers are then admitted to the Malaysian Bar as an advocate and solicitor.

A number of the Malaysian lawyers working in our Kuala Lumpur office have followed this route, either by undertaking a full qualifying LLB degree in the UK, an English law LLB in Malaysia or spending one or two years of their degree in the UK and the other years in Malaysia, and then subsequently taking the BPTC in the UK.

By studying both English and Malaysian law and learning overseas, they have a strong set of complementary skills that positions them to advise on cross-border contracts involving international parties.

During my career, there have been several advances in the options available to parties considering the governing law and dispute resolution forum for their contracts.

As an international London-headquartered law firm, we have grown a significant practice advising Malaysian clients on their UK investments with our UK teams, and English law has an important role to play.

My experience has been that, compared to other alternatives, English law and dispute resolution centred on the English courts and UK-based arbitration have remained attractive options in multi-jurisdictional arrangements, for reasons that are well documented.

To name a few: freedom of contract; certainty of law; a high reputation for the depth of the professional services and expert industries; independence and expertise of the judiciary; and a robust legal professional privilege system.

There has been much coverage of the opportunities for increased trade between the UK and other nations in the post-Brexit world, and intergovernmental engagement suggests that both ASEAN member countries and wider Asia are high priority markets for the UK.

As UK businesses look to expand in new markets, and businesses in those markets look at new opportunities for trade with the UK, prospects should abound for English law and UK-based dispute resolution forums to continue to provide a strong bridge for parties conducting international trade.

Tom Reynolds is a partner at Trowers & Hamlins in Kuala Lumpur

Find out more information on the Law Society’s work in South Asia and ASEAN.