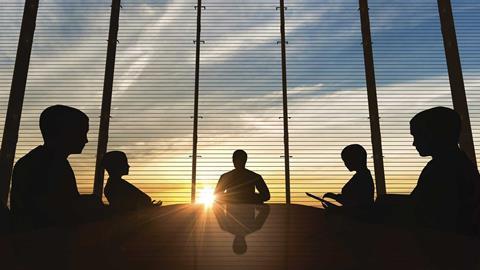 How to: be a senior partner

An effective and respected senior partner is a leader not a dictator.

Senior partners can be mysterious figures. Plenty can be found and read about who has been elected senior partner of a firm: the latest news is that corporate partner James Palmer has taken the role at Herbert Smith Freehills, succeeding Jonathan Scott. But what exactly do senior partners do? How do they spend their days?

In many cases, the senior partner is elected by the firm’s partners to serve a three-year term and is usually re-elected until they either step down from the role or someone else throws their hat into the ring.

‘When I was elected senior partner [in 1997], in the hierarchy of partnership I was 11th,’ recalls Burnetts’ John Morris. ‘So 10 men and women were more experienced than me in terms of admission and they had been at Burnetts longer than me. [But] they had faith in my leadership skills and felt I was the right person for the job.’

With smaller firms the process is often simpler. ‘There were two of us, we had no staff – I agreed to do it,’ says David Pickup, of Aylesbury-based Pickup & Scott.

Whatever size the firm, Kingsley Napley’s Jane Keir advises lawyers to seize opportunities when they arise – as she did when, as a junior partner, she was given the opportunity to become head of the family team. In her 14 years as department head, Keir learned about finance, business development and marketing.

It was then suggested, in 2004, that she become one of three managing partners. She was appointed senior partner 18 months ago: ‘For me it didn’t come in the order I was expecting, because I had taken the traditional view of senior partners. That view is that you do it at the end of your career, when you’ve got all the years of experience; you’ve got a fantastic client following; you’ve seen a lot of things happening.

‘I really relied on the judgement of my outgoing senior partner, who said “I think you can do it”.’

She adds: ‘You do need to talk to people and have the courage to step out. If you get an opportunity, even if you have to stretch yourself a bit, take it.’

Face of the firm

‘Law firms have developed like equivalent plcs,’ says Mills & Reeve’s Mark Jeffries, who was elected senior partner in 2007. The senior partner, he says, is like the executive chairman, with the managing partner equivalent to a CEO.

‘It’s really important to be seen to be visible, and that’s as much internally as externally,’ Keir believes. ‘People want to see you, what you’re doing – they want to know where the firm is going. They want leadership, not dictatorship.

‘A lot of it is about communication,’ says Jeffries. ‘Making sure the partners understand what the firm’s management is trying to do.’

Keir holds a senior partner surgery every three to four months, where she sets aside a couple of hours for anyone in the firm to come and see her. ‘It’s in confidence, and they can raise anything, from advice on research to theses they’re writing. Maybe it’s an MBA they’re doing externally. Or it might be a number of people who want to form a group and a budget to do that. Others will come and talk about ways in which we can improve services.’

She adds: ‘If people can talk to you on a one-to-one level and be encouraged to do that, you can get a lot of good ideas.’

Cripps’ Michael Stevens, in his ninth year as senior partner, holds a regular coffee or lunch with a ‘small group of completely different people around the firm, and they set the agenda for points they want to talk about’. He also promotes a monthly award for staff ‘who have gone the extra mile’ serving clients.

Getting your hands dirty

‘As you get more into the role, you find certain things work better than others,’ he says.

Senior partners are faced with many challenges, but few so daunting as trying to get rid of a rat, as David Pickup, of Aylesbury-based Pickup & Scott, discovered.

‘We’ve got a small yard at the back of our building and there was a rat in the yard,’ he recalls. ‘Staff did not like the idea of a rat running around. So I had to put some rat poison out. A few days later I found the dead rat and had to remove it.’

He adds: ‘As senior partner you have to be prepared to do anything.’

Being the senior partner means looking to the future, and thinking about long-term strategy and growth.

Senior partners must also recognise ‘that you have responsibility for keeping an eye within the firm for any indicators that things are not developing as one hoped’, says TLT’s Robert Bourns, who was elected senior partner in 2002. ‘I have a responsibility to pay attention to the way in which the firm is developing – importantly, to make sure I offer advice to the managing partner and be ready to support him in his role.’

Support from the firm is important. ‘We’ve got a really good management team that do a lot of everything, from finance to HR to business development,’ says Keir.

‘I’m not caught up in the day-to-day management, which gives me a bit of blue sky to think, “What are our needs as a firm? How should we be out there pursuing them?”.’

‘And then you’re trying to work out where the threats are going to come from. And you’re involving people at every single level because it’s their future as well.’

A good senior partner will pay close attention to the internal development of the firm as well as external growth.

‘Firms that have a good appraisal process will start to ask you what your ambitions are, how you see yourself developing,’ Keir says.

‘The senior partner should encourage people at any level to develop skills beyond technical ability in the law,’ Bourns advises. ‘Law firms have been incredibly resilient over time. We have demonstrated capacity to be reasonably innovative to respond to client demand. Within that we need to encourage people at all levels to develop other relevant skills.’

TLT has a range of training courses to help build future leaders. ‘Through our appraisal process, we’re trying to encourage people to think about those broader skills required in order to become effective managers, managing partners, senior partners or CEOs in legal services business in the future,’ Bourns adds.

Despite the demands of being a senior partner, many still carry on with their fee-earning work.

‘I think it’s important for the senior partner to be seen as someone who has a good practice… so you don’t lose touch with the stresses and the pressures of being a solicitor in favour of a 100% management role,’ Keir says. ‘I’m not saying you would lose it very easily, but it’s important to be able to identify with the people who are on the frontline going to court day after day, week after week.’

‘I have been very fortunate that the partners recognise and make allowances in fee-earning work,’ Bourns, whose work is split 50/50 between being a senior partner and fee-earning, adds. ‘It’s a great role and I have been extremely lucky.’

Being chosen to represent the firm is a huge honour. But if senior partners lack genuine interest in what the firm is doing, they will struggle.

There is no room for selfishness, Bourns warns: ‘If people start doing the job for themselves or to promote themselves, that is not good for the firm and they should step aside.’