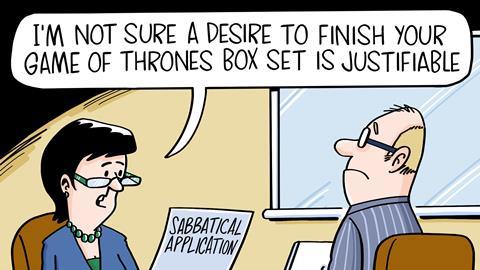 How to: Take a sabbatical

Six weeks, three months, maybe even a year, is a serious chunk of time off. So what would you do with it? After all, this would not be parental leave or sickness absence, but a sabbatical. This would entail minimal or no contact with your employer, with colleagues filling in – and telling you that you look 10 years younger on your return. You would also be bursting with new business ideas. 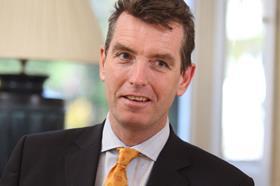 Perhaps you would choose charitable work, trekking or start learning a language. You might want to teach, draw, or cook. For professionals, who often take a well-rounded hinterland into a demanding profession where they struggle to keep private interests alive, the list seems limitless.

Of course, all lawyers take time off work. Christmas and summer holidays, and school half-terms, are all quieter periods for the profession. And the skiing season can be a difficult time to get hold of counsel.

But it is the length and focus of a sabbatical that marks it out as different. The subject should prepare to be ‘away’ mentally as well as physically.

The concept of sabbaticals can attract scepticism, of course. Law Society president Robert Bourns recalls his own approach on becoming managing partner of the firm that became TLT: ‘As a fairly recently appointed managing partner, I abandoned sabbaticals. Some were using them to extend their notice period in the partnership without any intention of returning – adding to the cost of retirement.’

In other contexts, though, he sees value in it – essentially when a sabbatical is seen as a mid-career choice. ‘In my current role, I see that some seem to get a lot out of it,’ Bourns reports.

I’m quite certain my sabbatical was all the more refreshing because I was busy concentrating on something quite different. My legal brain relaxed entirely

Sound reasons to support sabbaticals, he notes, fall into two categories: ‘One, that they have earned it. Two, that there’s an opportunity for a wider perspective – for themselves and for the firm. That can be quite a healthy experience.’

Stewarts Law introduced a sabbatical policy for equity partners in 2014. The firm’s operations director Philip Studd explains: ‘This was introduced as an opportunity for the firm’s senior leaders to do something different for an extended period, really recharging their batteries, and returning to work refreshed and re-energised. These are people leading practice areas and shaping the future of the business, so it is in our interests for them to have this time to breathe.’

Teaching was a white-knuckle ride. I was nervous as I stood up in front of my first class – I do plenty of speaking, but it’s a totally different thing doing it in front of 20 teenagers than 120 benign adults. Teens by nature are prepared to challenge and look for differences. Most lawyers have really interesting clients who do really interesting things. [To find a] completely different role, look at your client base.

I’d never been to New Zealand or the Whitsunday Islands. It was quite a special thing. I came back rejuvenated and ready to go again. But I thought, it should be that something has changed a bit. Remembering how much I liked trekking, I wanted to find more opportunities to do it. I do think it’s important to retain a lasting benefit from a sabbatical. I’m planning a trip to Patagonia. It’s important to retain the sense of perspective.

I think a sabbatical makes people more productive – so much is sucked out of people in the hard drive [to meet targets]. Your personal interests and passions give you balance and perspective. I have an art collection, and needed to organise it at some point. It was in storage in six different cities. And I help manage a charitable trust in Hawaii, which works to preserve historical and cultural sites.

The five partners who have taken a sabbatical to date found the firm takes the notion of the sabbatical seriously, Studd adds: ‘We disable their email for the duration – they really are expected to do no work at all. They hand over fully before they go, delegating cases and planning to be offline completely. It is a reflection of the collegiate nature of the firm that people are willing and able to do this.’ 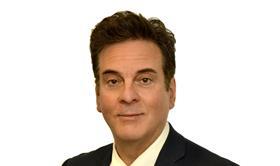 Not all firms have a stated policy on sabbaticals, but where this exists, it can be the prompt for lawyers to consider asking for a break.

At London firm Farrer & Co, the policy is open to equity partners, who can take up to four months, though other staff requests for a sabbatical would be considered on a case-by-case basis. Partner David Smellie, who headed Farrer & Co’s schools practice, chose to teach history and rugby at Eton College.

‘I wanted to do something that was a significant change to the day job,’ Smellie says, ‘and also developmental in some shape or form. Eton was a client and I was speaking to the head. He said, “you spend so much time advising us, how about spending four months on the frontline?”’.

Teaching would not be everyone’s idea of ‘recharging the batteries’, but Smellie concludes that ‘a change is as good as a rest’. ‘I’m quite certain my sabbatical was all the more refreshing because I was busy concentrating on something quite different,’ he reflects. ‘My legal brain relaxed entirely. I was totally switched off.’

But there were still direct benefits – and a lasting legacy – from his time at Eton. ‘Sometimes lawyers are rightly accused of being impractical. [This] definitely helped me,’ Smellie says. ‘I do lots of advice on safeguarding and child protection. It really helps if you actually understand the type of situation teachers come across.’

On his return, Smellie’s practice changed ‘dramatically’, he says: ‘I started the child protection unit, which advises a much wider range of clients than schools – charities, football clubs, any organisation that needs advice on safeguarding.’

When Studd’s colleague Stephen Foster, Stewarts Law’s head of divorce and family, took a six-week sabbatical, his choice was more obviously focused on a private passion – he spent time spent trekking on the other side of the world with his wife. 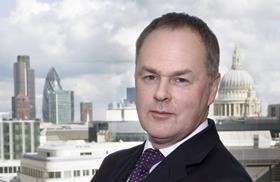 ‘I took six weeks to do hiking in New Zealand, building up to the Milford Track, one of the great wilderness walks. And we went to Sydney and Whitsunday Island,’ Foster says. ‘It was incredibly refreshing, especially as I was not allowed any contact. Emails were diverted, with just an emergency email address set up.’

Preparation for his absence began months ahead, Foster recalls: ‘It took a good three months. I’m head of a department with 40 people. My work was divided between partners.’

For a longer period, and in a very different context, Bourns draws on his own experience of preparing to take a year in the full-time role of Law Society president. ‘[In effect] the impact is for 36 months – [though] for 18 months of that, you can do significant fee-earning work.’

If the primary purpose of such planning is to ensure things run smoothly in a lawyer’s absence, the knock-on effect is also to extend the benefit of the sabbatical on their return. As Foster puts it: ‘On the work front, having organised for absence, coming back is not a big deal. I didn’t feel suddenly overloaded.’

Smellie adds: ‘The good thing about four months off a full-on job, is that it was never an option to retain any client contact at all.’

A sabbatical can also constitute a hiatus between firms. ‘I’ve taken a chunky 18 months out,’ Wayne Rapozo, now attached to virtual firm McCarthy Denning, tells the Gazette. Rapozo is firmly mid-career: ‘Too often it ends up being something to do two years before you retire.’

While many sabbaticals are funded by firms, his was not: ‘I was a partner in the boom times. I wanted to do it.’ 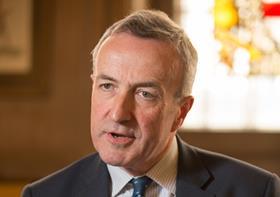 Rapozo did pay some limited attention to his practice during his sabbatical, which others contacted by the Gazette did not. He found he was ‘handling the odd conference call, but delegating the details’, relying on ‘all that modern technology’ has to offer.

In his experience, this did not prevent him achieving the aims of his sabbatical. ‘I have an art collection, and needed to organise it at some point,’ he explains. ‘It was in storage in six different cities. And I help manage a charitable trust in Hawaii, which works to preserve historical and cultural sites.’

I abandoned sabbaticals. Some were using them to extend their notice period in the partnership without any intention of returning – adding to the cost of retirement.

As his legal work starts to ramp up again, he reports that the attention he paid to his interests means ‘there are several small cultural sites on the way to being saved’. As for his art collection, ‘I have catalogued 80% of it’ (see rapozo-gallery.com).

So how should firms approach the issue of sabbaticals? First, if a lawyer is expected to return, there is the issue of funding their absence. Who should pay? Bourns is quite clear: ‘I’d expect them to continue to draw their share of the profit as a partner – it’s a policy decision to [allow sabbaticals].’

A senior associate should also be paid, he says. Stewarts Law and Farrer & Co take the same approach.

Those contacted by the Gazette report a positive response from colleagues to their sabbaticals, but ensuring that outcome may also require thought on the part of senior management. ‘At the back of one’s mind,’ Bourns says, ‘is – what precedent are you setting? One has to be careful regarding discretion.’ He adds: ‘If you have a policy, encourage people to use it.’

Allowing sabbaticals has three other key benefits. First, planning for sabbaticals places emphasis on good management and team work. Much that is done in the three-to-six-month run-in time focuses minds on how the department is run, and communication and files must be in good order.

Second, Smellie says, people taking a sabbatical ‘tend to be quite senior, so it is an opportunity for a bit of succession planning’.

Third, there is the impact on retention, which is of increasing importance, notes Rapozo: ‘If the generation below me is not accommodated, those people will walk.’

Solicitors who have read this far may have noticed that lawyers we found who had taken sabbaticals were all men. It may be that we were unlucky here – or it may be that women lawyers and senior managers subconsciously think of parental leave as their ‘sabbatical’. If so, that is its own challenge to the profession – feedback on the benefits of taking a sabbatical was uniformly positive. For that benefit to be felt more widely, this seeming divide needs to be taken up equally.