One way or another: Choosing between criminal or civil remedies in fraud cases

Victims of fraud must use all accessible tools in order to hit back at fraudsters, whether that be by Criminal or Civil remedies. 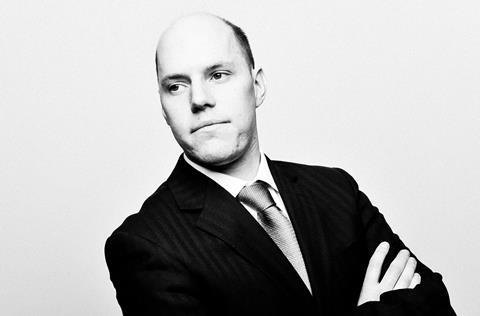 One of the first decisions a victim of fraud will have to make – often at a very distressing time and before all the facts are known – is whether they should make a criminal complaint to the authorities or pursue their own civil remedy.

Subject to specific exceptions relating to the regulated sector, there is no legal duty to report fraudulent activity to anyone, let alone the police. According to the Office of National Statistics July 2018 Bulletin, of the estimated 3.2 million instances of fraud, less than 13% are reported to the relevant authorities. The situation is even worse when one analyses what happens to those reports: only 19% of complaints made to the government fraud reporting centre – Action Fraud – are passed onto the police to investigate.

There is a third way: a private prosecution where a criminal case is prosecuted in the usual way in the criminal courts but by lawyers on behalf of the victim. As The Lord Chief Justice suggested in R v Zinga [2014] EWCA Crim 52: “at a time when the retrenchment of the State is evident… it seems inevitable that the number of private prosecutions will increase.” In June 2018, a former car dealer who defrauded off-shore engineering organisation Allseas out of £88million was privately prosecuted following a decision of the CPS not to charge him. Even large frauds are no guarantee of interest from the authorities.

Which option is best in any particular case will be highly fact, and client, specific but there are a number of guiding principles which will aid any client or their advisers in determining which is the best course of action.

The first guiding principle arises out of the statistics above: is the case of a nature in which the police or other investigating authority are likely to be interested? In cases of smaller frauds, it is not always easy to tell whether it is part of a wider pattern of fraud which is already under investigation, but unfortunately victims of fraud have to be realistic about the prospects of the authorities taking active steps to investigate.

The second issue to be considered is to identify the client’s objectives. If the priority is to see the perpetrators caught and given a lengthy jail sentence then that points very heavily in favour of criminal proceedings. If, however, the client’s primary desire is to recover the assets which have been stolen, in most cases the victim would have significantly better prospects by pursuing their own civil proceedings. That is because although it is possible for the Crown to seek a compensation order whereby the perpetrator of the fraud is ordered to pay compensation to the victim, the procedure can take a significant amount of time and there is no guarantee it will happen in each case. In addition, unless the authorities can be persuaded to apply for a restraint order, it is highly likely that by the time the fraudster is convicted and a compensation order made the money will be long gone and the victim will be left with a Pyrrhic victory.

If the victim decides to pursue their own civil proceedings then they are in the driving seat and can make their own decisions about avenues of investigation, using the Court’s extensive powers to make interim orders to locate and freeze assets and to obtain disclosure from both the fraudster and third parties such as banks. Although a private prosecutor will be able to make decisions about how to run the case and which issues to pursue, their actions will generally be more heavily scrutinised than a claimant in civil proceedings who can decide to take a very aggressive strategy without any risk other than having to pay costs. Civil proceedings may also be more attractive as a result of the lower standard of proof required and the fact that a civil judgment will be much easier to enforce against the fraudster’s assets in other jurisdictions.

Inevitably, cost will be an important factor. If the authorities will investigate a fraud then the legal and other costs (including management time) for a victim could be very low. Even if some degree of work is required to gather together information and present relevant evidence to the authorities, those costs will be far less than in civil proceedings or a private prosecution. As between civil proceedings and private prosecutions, the difference is less stark and both options are likely to require a significant commitment of resources without any certainty of the result.

In some cases, the correct approach may be a combination of criminal and civil proceedings. There is nothing to preclude the running of simultaneous criminal (whether publicly or privately prosecuted) and civil proceedings, but great care has to be taken if both avenues are pursued. In particular, the victim and their advisers will need to consider carefully how – if at all – information and evidence gathered through one process can be used in the other. In particular, the defendant may seek to exploit the fact that there are both criminal and civil proceedings in seeking, for example, to delay compliance with Court orders. Whilst the accepted position is now that civil proceedings will not be delayed because of a parallel criminal investigation, each case will turn on its facts.

Victims of fraud need to be prepared to use all the tools available to them to strike back against fraudsters. A well thought out strategy, applying the right balance between civil and criminal remedies, is required to curtail a crime that cost the UK £190 billion last year alone.