A smartphone court: 'Why not?', asks the lord chief justice 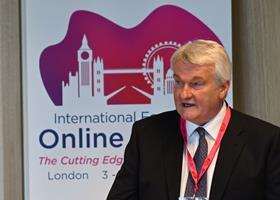 Lord Burnett: 'We must change our assumptions'

Lawyers and judges should start preparing for a world in which access to judicial processes comes mainly through digital channels - including mobile telephones, the lord chief justice said today. Opening an international forum on online courts, organised by the Society for Computers and Law and HM Courts and Tribunals Service, Lord Burnett of Maldon joined the chief executive of HMCTS in saying that digital courts can improve access to justice for large numbers of ordinary people who struggle with current procedures.

In a similar vein, the lord chancellor, David Gauke, warned that the legal profession cannot stand still in the face of technological change.

Noting that web auction site eBay resolves 60 million disputes a year online, the lord chief justice said 'we should not be frightened of learning from them'. This could even mean dealing with courts via a mobile phone. 'Why not?' the lord chief justice asked. 'There is no reason why our forms, processes, and perhaps even some hearings should not be optimised for smartphones giving litigants effective access to justice from the palm of their hand.'

Implying that access to justice be defined from the point of view of users, not lawyers, Lord Burnett said: 'They are likely to want an answer, and quickly. They want certainty. We must change our assumptions.'

On the question of preserving open justice when procedures move online, he said: 'There is no reason to suppose that technology properly used should not make justice more open than it is now.'

Gauke also told the event that technology could open up justice to ordinary people - and change the role of lawyers. 'Complexity and the sense of the system as a secret garden puts people off pursuing justice through the courts,' he said. 'Technology is a means to an end, which is to allow us to open up our justice system.' Removing 'unnecessary costs of complexity, duplication, error and waste' would mean lawyers arer their legal knowledge, advice and skill, not simply  to navigate the system,' he said.

The two-day conference is being attended by delegates from more than 20 countries, including online court pioneers Canada, the Netherlands and Singapore.