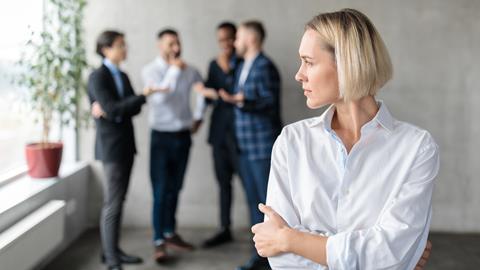 Responding to the SRA’s consultation on proposed changes to health and wellbeing rules, the Society said it supported the ‘overarching principles’ of treating people fairly at work and promoting a culture where concerns and complaints can be raised and dealt with. However, it says the regulator had been too hasty proposing a regulatory requirement to challenge bullying, harassment or discrimination.

Chancery Lane says the SRA had failed to fully consider the effect of the requirement. ‘Someone who has been subjected to bullying or harassment is likely to feel isolated, vulnerable and undermined, making it difficult for them to challenge behaviour, especially if they are in a minority or position of vulnerability in the workplace.’

It suggests the SRA instead considers the efficacy of measures that have been shown to work elsewhere, such as ‘speak-up guardians’ and confidential reporting mechanisms.

The Society questions the need to add to the codes of conduct an explicit requirement to treat people fairly at work, as this is already covered by SRA principles. ‘Much of what is being proposed is already covered by firms’ HR policies, and in some cases by employment law and equality legislation.’

On whether the new obligations should apply to behaviour outside of the workplace, the Society says the SRA should set out good practice examples if it is worried. The regulator had also failed to adequately outline its approach for enforcing the new requirements.

The Society added that the proposals ‘run the risk of overstepping the SRA’s regulatory duties under the Legal Services Act 2007’. A more appropriate and proportionate approach would be to encourage good practice and engage with the profession to identify specific gaps and the most suitable way to address them.