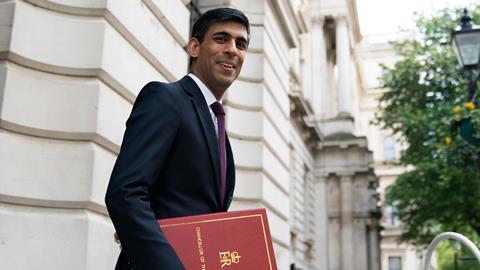 The Law Society has backed calls for more flexibility in the government’s coronavirus job retention scheme to help conveyancers get the housing market back on its feet.

Property industry bodies such as the Conveyancing Association, Society of Licensed Conveyancers, Bold Legal Group and Royal Institution of Chartered Surveyors have written to Rishi Sunak asking the chancellor of the exchequer to allow firms to move their staff in and out of furlough weekly rather than on the current three-weekly basis.

The letter says there will be a spike in activity as pent-up demand to complete transactions is released and inconsistent demand for services such as EPCs, lender valuations, surveys, searches and Land Registry registrations. ‘In order to manage this short spike in activity property practitioners will need to move furloughed staff back onto the payroll. However, the property market is dominated by small practices, who cumulatively cover a significant proportion of the market.’

The groups point out that 90% of firms offering conveyancing services employ fewer than 15 conveyancing specialists but these firms account for nearly half of completions. They say: ‘If the market is to get going again, as is intended, these small firms will need to be able to reactivate their workforces to deal with the spike in demand. Individually, however, it is unlikely that the amount of work that this spike brings to each individual firm will be enough to make it economical for those firms to return staff to the payroll for the minimum three weeks required…

‘Customers and the overall market will suffer but the labour cost of waiting is largely covered by the furlough scheme. As transactions only progress and complete at the pace of the slowest party this would result in disruption in the marketplace, particularly with so many transactions being subject to chains. The knock-on effect would be a further negative impact on company cash flows creating something of a "vicious circle". Disruption in the marketplace will of course dilute the economic impact which home moving has on the economy and could also potentially increase the risk of Covid-19 infection if consumers or other parties become frustrated by delays.’

The groups say allowing firms to move in and out of furlough would allow them to deal with expected spikes in activity without risking unmanageable staffing costs once the spike has passed. The government would also save money as up to an extra 15% of furloughed staff would return to work.

Law Society president Simon Davis said it was crucial to get the property market back on its feet safely, securely and quickly, and to avoid any pitfalls that may prohibit those from happening.

‘We very much support proposals for increased flexibility in the job retention scheme, to help firms bring more people back to work and get the property market back up and running. We are continuing to make representations to the highest levels of government on this issue,’ he said.