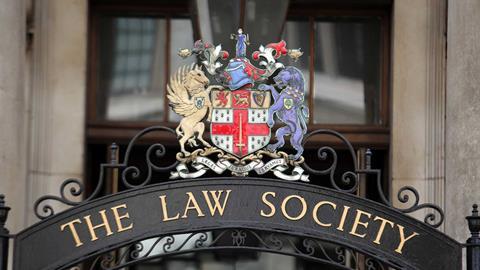 Protection for whistleblowing must be extended to everyone involved in a business – including partners in law firms, the Law Society has said. It was responding to a call for evidence from the Department for Business, Innovation & Skills (BIS) on the ‘Whistleblowing Framework’, a set of measures introduced under the Enterprise and Regulatory Reform Act to strengthen protection for whistleblowers.

Under the Employment Rights Act 1996, partners in firms, along with volunteers, members of the armed forces, officeholders and job applicants are not entitled to protection. It is also unclear which type of self-employed contractors the legislation applies to, said the Law Society.

Chief executive Desmond Hudson said: ‘Recent high-profile cases have shown that those who are trying to do a public good are not getting the support they deserve. The government needs to strengthen the whistleblowing framework so that it offers real protection to anyone who sticks their head above the parapet to expose wrongdoing.

‘Whistleblowing legislation at the moment is available only to some. Its coverage must be widened to protect anyone in an organisation who can be mistreated. This includes partners in law firms and LLPs.’

BIS should seek to change business culture so that the reporting of wrongdoing is seen as a commercial benefit, it said. The government should also consider taking a small proportion of the money the state recovers in fines to create a fund to support legal advice for whistleblowers.

In its response, the Employment Lawyers Association agreed that legislation must be changed as the current conditions deter whistleblowers from raising complaints.

The call for evidence closed last week. BIS is expected to publish its response early next year.