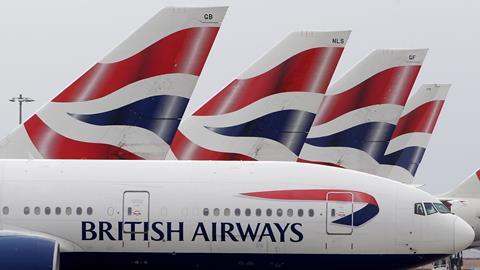 A bank holiday weekend of delays and cancellations could cost British Airways £100m in compensation payments to passengers.

Flight compensation specialist Bott & Co, which has fought a series of high-profile test cases to establish passengers’ rights to payments, said around 800 flights a day were affected by the IT crash causing planes to be grounded.

The firm said passengers will be entitled to amounts ranging from 125 euros to 600 euros becayse flights were cancelled within seven days of the departure date. The law exempts passengers from compensation if the delay was caused by ‘exceptional circumstance’, but the firm said this was unlikely to apply in this instance. The firm also estimated an extra £50m could be due for care and assistance including hotel accommodation for stranded passengers and additional expenses such as couriers for baggage.

Coby Benson, flight delay legal manager at Bott & Co, said: ‘The specific criteria for amounts and delay lengths depend on whether alternate flights were offered or not and how long the delay ultimately lasted for.

‘BA can’t get away with refunding passengers and hoping that’s the end of the matter – they are obliged to provide compensation under Regulation 261/2004 and we’re preparing for a busy week helping passengers recover that compensation.’

BA chief executive Alex Cruz said today that all the airline’s IT systems are up and running and the company is operating a full flight schedule at Heathrow and Gatwick. Cruz said two-thirds of the 75,000 passengers affected would have reached their final destination by the end of Monday.

The company said the problems were caused by an ‘IT outage’ and ‘power surge’ on Saturday and it ‘absolutely profusely’ apologised for the event.

Cruz said: ‘We are absolutely committed to making sure we fulfil our obligations, particularly from a passenger compensation point of view.’