General counsel are to be surveyed on what tactics they have deployed to keep external law firms on their toes on diversity.

At the start of the year Michelle Fang, chief legal officer at US-based car-sharing platform Turo, posted a letter from the GC Law Firm Diversity Network threatening to pull millions from ‘largely male and white’ firms. The letter was signed by more than 170 companies. Four months later the group published strategies and tactics that in-house legal teams could adopt to improve the diversity of their outside counsel.

Now, Fang told the Gazette, the group wants to see what tactics have been deployed or will be over the next six months. ‘We want to track over time and see if there is an uptick in deploying these tactics…which ones get the most traction and see over time if they have an impact.’ 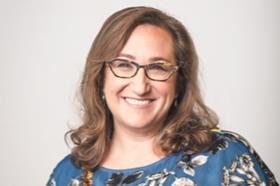 Fang was ‘stunned’ by the response the network’s letter received when she posted it on LinkedIn in January. It has been viewed more than 350,000 times.

The group decided not to include specific tactics within that letter, such as a holdback requirement introduced by US tech company HP in 2017.

Fang said: ‘There was no way we were going to get 200+ companies agreeing to identical metric, strategies, tactics. And there might be anti-trust issues in the US with companies agreeing to do anything in the exact same way. The goal of the letter was to be as broad and general as possible, and express a statement of principle.’

European GCs are similarly pushing for diversity. Siobhan Moriarty, GC at drinks giant Diageo, told the Law Society’s international symposium on gender equality last month that colleagues across the sector have issued a ‘statement’ on inclusion and diversity.

Moriarty said: ‘It is a statement of encouragement for law firms to be really focused on taking diversity and inclusion, in their broader sense, into their thinking and how they present themselves to their clients. It’s not a big stick. It’s encouragement.

‘We’re saying “We’re here to work with you to help move the needle in making your firms more inclusive and diverse."’