Kent County Council's legal services spin-off today claimed to have turned around its initially loss-making business. Alternative business structure Invicta Law announced an underlying trading profit before tax of £302,000 for the six months of trading to 30 September 2018. The business says this compares favourably with a £428,000 loss in the first half of 2017/18. 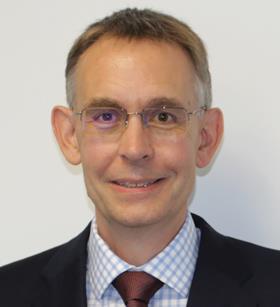 When asked to clarify what 'underlying trading profit' means, Invicta Law said this refers to its trading profit before restructuring and transformation costs, such as one-off costs or costs of an exceptional nature. A spokesperson said such costs include investing in 'complementary commercial expertise', engaging advisers and consultants, and restructuring costs.

The Gazette was also told that Invicta Law does not propose to publish turnover figures at this stage as the figures are not audited but the ABS 'wants to provide a sense of the improvement we are making'.

Today's announcement states that the board 'would like to extend its thanks to all employees for their continuing hard work and dedication to the company'.

Last month Invicta Law's chief executive Guy Record, who succeeded founding chief executive Geoff Wild, told the Gazette that the business was now in a stable position and has been profitable since January after the ABS struggled to hit its first-year target. Kent County Council, which is Invicta Law's sole shareholder, published a cabinet document in March reporting a ‘£1m lack of dividend from Invicta Law Ltd primarily due to a lack of new business generated, compared to the business plan’.

Record said that taking the 125-strong legal team into a 'completely new environment' was challenging, describing the challenges as 'behavioural and cultural'.