The current legal aid system is enabling employers to get away with discrimination, the equality watchdog has warned in a long-awaited report. The Equality and Human Rights Commission today welcomes the government's commitment to tackling barriers to justice created by the 2013 legal aid reforms - but said the proposed steps do not go far enough.

The Legal Aid, Sentencing and Punishment of Offenders Act, which came into force in 2013, introduced a mandatory telephone gateway service for legal aid and removed employment tribunal representation from scope. Between 2013 and 2018, 33,150 calls alleging discrimination were made to the gateway service. However, only 7,768 cases were taken on by specialist providers. Of the 7,768, 6,064 received telephone advice only, 1,646 received casework assistance, and 43 received funding to cover representation in court. None of the 10 applications to the government's safety net scheme was granted.

David Isaac, the commission's chair, said: 'Legal aid was specifically set up to ensure that those who have been wronged, but cannot afford their own legal representation, can access justice. The threat of legal action is a powerful deterrent for perpetrators and makes it clear that society will not tolerate injustice. Challenging such complex issues as discrimination should never be a David vs Goliath battle, and the system is failing if individuals are left to fight cases themselves at an employment tribunal or in court.' 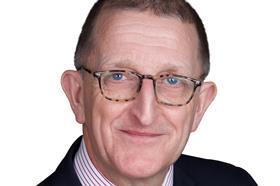 The report suggests many discrimination cases are being subjected to the wrong 'cost benefit' test, one of the criteria that applicants seeking representation funding must pass.

Another barrier is providing the required evidence to prove financial eligibility. One practitioner said: 'The Legal Aid Agency expect you to explain an absolutely ridiculous level of detail about your client's finances, even when they are on means-tested benefits... Then the Legal Aid Agency will start saying "Well, what's that £50 there? What is that £20 there?" It's backwards and forwards, and backwards and forwards, sometimes for weeks.' Another pointed out that many discrimination clients are on zero-hour contracts or asylum support 'so their finances are messy'.

The report calls on the government to restore legal aid for employment tribunal representation and reinstate a 'passporting process' enabling people receiving certain benefits to be automatically eligible for public funding.