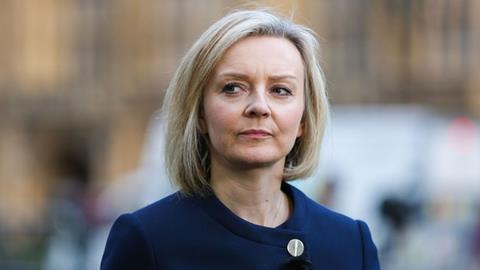 The government has dismissed warnings from its independent economic forecaster that stamp duty land tax reforms will drive up house prices and benefit few first-time buyers.

Following the announcement, the Office for Budget Responsibility said the main effect of the cuts would be to raise house prices, by 0.3%. Only 3,500 first-time buyers will benefit from the policy, the OBR said, adding that the 'main gainers' are people who already own property.

However, Liz Truss, chief secretary to the Treasury, told BBC's Newsnight yesterday that 0.3% is a 'minor increase'. She insisted that the main gainers under the changes are people 'who will now be able to buy their own home and get on to the housing ladder'.

Truss, who was previously justice secretary, was also asked if the government feels it can take another 15% out of the justice budget given that the Ministry of Justice budget has already suffered a 25% real cut since 2011.

Truss said: 'There are ways in different public services... of doing things, like using modern technology, cutting out some of the paperwork and processes.' She cited Norfolk Constabulary as an example, which uses body-worn cameras, can do interviews on site, and has a forensic van. 'That's great for people working in the public services because they're spending more of their time working on the front line and they're able to deliver that service more efficiently,' she said.