The attorney general has pledged to hold criminal justice chiefs to account if they fail to follow up on the recommendations laid out in his long-awaited review of disclosure. 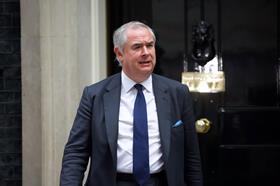 Publishing his 78-page report today, Geoffrey Cox QC MP said: 'For too long, disclosure has been seen as an administrative add on rather than fundamental pillar of our justice system. This ends now. My review sets out practical recommendations and a clear plan of action which I will hold the leaders of the criminal justice system to account for delivering in their respective areas.'

The review identifies nine major problems with the disclosure process. These include reasonable lines of enquiry not always being followed, disclosure obligations not being considered sufficiently from the outset of an investigation, the disclosure test not being applied correctly, and material being disclosed too late. The system for collecting data and management information to measure the impact of disclosure on cases 'is not fit for purpose'.

The report states that the Criminal Procedure and Investigations Act 1996 still provides an appropriate disclosure regime but acknowledges that the system is not working effectively or efficiently in practice.

Recommendations include a 'rebuttable presumption' in favour of disclosure for key material such as crime reports, any record of the complaint made by the complainant and CCTV footage of the crime. Ways that artificial intelligence can help should also be explored.

Practitioners' frustrations at struggling to contact individual prosecutors due to lack of details on case papers is highlighted. The review recommends a mandatory requirement on the Crown Prosecution Service to provide the defence early on with full details in all cases where a not guilty plea is anticipated. It also flags up a recently introduced 'engagement log' currently generated for court hearings so that the judge and advocates can see where failed or ineffective attempts to engage have been made.

On legal aid funding, the review says the current fees structure for police station attendance is not designed for a large amount of pre-charge work by the defence. It suggests that the Ministry of Justice should review how such work is remunerated if a more formal pre-charge engagement model is created. The Criminal Justice Board is also recommended to commission a working group to review legal aid payments.

Commenting on today's report, the Centre for Criminal Appeals, which deals with miscarriages of justice cases, says the review ignores the plight of those who have been wrongly imprisoned because of disclosure failures by the police and prosecutors. Emily Bolton, legal director, said: 'The attorney general failed to address issues with the law that currently governs access to evidence after conviction, which mean it is almost impossible for the innocent to access justice.'

Efforts have been made to improve disclosure following a long bout of negative publicity. Earlier this year the police and Crown Prosecution Service drafted a National Improvement Disclosure Plan. Max Hill QC, who took over from Alison Saunders as director of public prosecutions a fortnight ago, has revealed that phase two of the plan will be published this month.