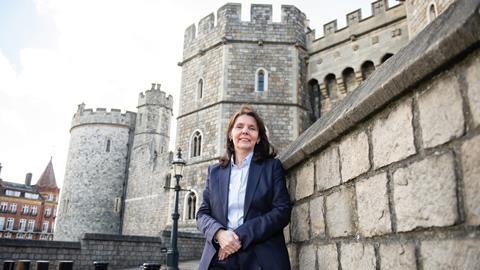 Castles on the air

Teresa Payne came late to the law after working in a pub and travel agency, hears Jonathan Rayner. Now she runs a fast-expanding network of high street firms and has even found time to launch a radio station

Teresa Payne is the managing partner and co-owner of Parfitt Cresswell, a law firm that has what is perhaps the unique distinction of broadcasting programmes on its own radio station. And that is but just one strand of the firm’s exceptional efforts to reach out to the profession and community at large. Its business-to-business networking group (Connections B2B) – a limited company – also hosts regular lunches at three separate venues, with guest speakers, podcasts, a newspaper and seminars. The firm has 11 offices in nine locations across London and south-east England, has published three books for consumers, and was an enthusiastic adopter of the alternative business structure (ABS) model.

Unlike other acquisition-hungry networks, Parfitt Cresswell has focused on building a stable of former high street practices. As a consequence, although it has made many acquisitions, it remains modest in size. ‘We have just 47 fee-earners,’ says Payne, ‘but punch above our weight with our footprint of 11 offices covering London and the home counties. The high street model embeds us in the community, making us accessible both to the public and to business.’

In addition to managing her own firm, Payne is a director of a company that designs and manufactures software to help law firms meet their compliance obligations. She is a fellow of a body, founded by the Duke of Edinburgh in 1966, that supports business leaders by, in the words of its website, ‘nurturing wisdom through dialogue’. She is also a director and trustee of the Home Renaissance Foundation, a thinktank that lobbies governments to promote the importance of home environments.

All of this becomes even more remarkable when one learns that Payne only qualified as a solicitor in 2004 and founded Parfitt Cresswell as recently as 2007. Or, as she puts it wryly, ‘just in time for the financial meltdown of 2008’.

'I was spending lots of money and not getting anywhere. Just being able to talk to my lawyer on the telephone was next to impossible. And so I decided I could do better myself'

Clearly, Payne is a driven person. Where did it all start? She was born and brought up in Treorchy, a mining town in Wales’s Rhondda Valley. She left Treorchy Comprehensive School aged 16, moving to Spain and Portugal shortly afterwards, where she worked at a time-share resort and hotel. Returning to Wales, and now a mother, she focused on bringing up her child and making ends meet with jobs at a pub, travel agency and shop.

It was the mid-1990s and Payne was showing no inclination to enter legal practice. But then she got divorced and everything changed. ‘I went to see a family lawyer,’ she recalls, ‘which proved an expensive, unhelpful experience. I was spending lots of money and not getting anywhere. Just being able to talk to my lawyer on the telephone was next to impossible. And so I decided I could do better myself.’

She began to trawl through the local libraries and, in September 1996, ‘stumbled across’ an access to law course at a nearby college. Upon completing the course, ‘I invested my meagre divorce settlement in my education and began to read law at Cardiff University.’ She graduated in 2000, only to be told by her tutor that, as a mature student and single mother, she would have no future in the legal profession. ‘He said that I would never secure a training contract because they were like gold dust. I ignored his advice, of course.’

Payne completed her Legal Practice Course at Guildford law school and, after a brief stint at Kent firm Clarkson Wright & Jakes, in 2002 joined another Kent firm, Wellers Law Group, to begin her training contract. She qualified two years later and proceeded to rise through the ranks to head of dispute resolution and litigation, and then salaried partner.

Clearly, her career was blossoming, from Welsh mining town to university to law firm partnership. But this still was not enough for Payne. ‘I came to realise that it was only through managing my own firm that I could deliver the quality of service that I had emphatically not received while going through my own divorce,’ she says. ‘People are at their most vulnerable when going through such a difficult phase of their lives. I wanted the opportunity to create a law firm environment that would meet their needs, that was accessible and would communicate with them. Also, of course, to create a firm where we all shared the same values for delivering legal services.’

Teresa Payne is a director of the Home Renaissance Foundation which, in her words, ‘creates a voice for government to think about the importance of the home environment, which is where the next generation is being developed. The home needs to be protected, no matter how humble it might be.’ The foundation has hosted ‘packed’ conferences all over the world, she says, ‘and we’ve even sent people to the UN’. 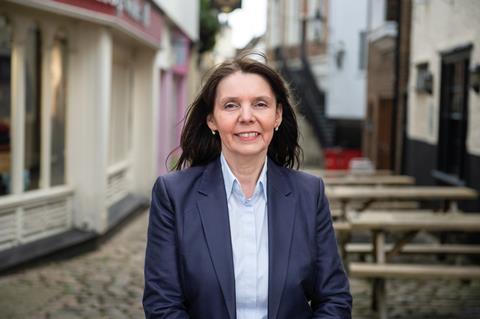 She is also a leadership fellow of the Society of Leadership Fellows, founded by the Duke of Edinburgh in 1966. The Society is based at St George’s House, Windsor Castle and was originally intended to support clergy. Nowadays, however, it supports leaders from all walks of life. ‘It has been a great help to me,’ comments Payne. ‘There is such a diversity of fellows that you are constantly being challenged to reflect on why you think the way you do. We’re all a product of our upbringing, but is that inherited way of thinking still valid?’

Running your own show

That sounds deceptively straightforward, but what about the risks of turning your  back on a salaried position, with an established career path, and venturing into running your own show? Payne responds: ‘Looking back to 2007, when we acquired our first firm – Parfitt Cresswell on Fulham Broadway – I’m shocked by how little I then knew. When the 2008 global financial crisis hit, we saw our work halved within six months. Cashflow was a nightmare. But I learned a good lesson: business development is not an option, it is a must.’

By then Nigel Harper, an accountant, had already come into the picture, although she did not enter into an ABS arrangement with him until July 2019. (An ABS is a business model that allows non-lawyers to become partners in a law firm.) Harper is now the chief executive officer of Parfitt Cresswell and co-owns it with Payne. ‘The lawyer-accountant combination is good for running a law firm,’ comments Payne. ‘It made we non-accountants focus on financial management. Getting to grips with financial management is essential, if only because banks, when you go to them for a loan, are more sympathetic if you show some understanding of it. Work will always have peaks and troughs. It helps to know how to manage both the good and the bad times.’ 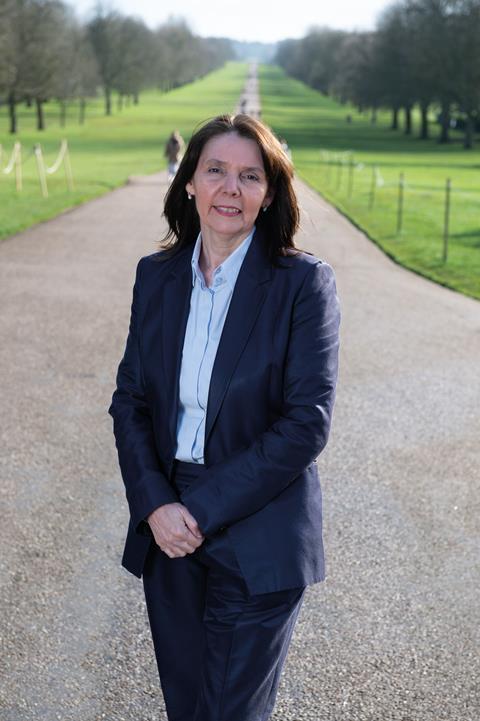 She and her newly acquired firm survived the financial meltdown, but how did it then grow to become the Parfitt Cresswell of today, with so many offices throughout the south-east? ‘The firm had good solid foundations – it was founded in 1908,’ replies Payne. ‘It was the perfect springboard for establishing ourselves before going on to build the Parfitt Cresswell brand.’

Payne and Harper went on the ‘acquisition trail’ and today have 11 offices in nine locations. Their most recent acquisition was Copley Clark in 2019. Their empire comprises four Parfitt Cresswell offices, in London, Windsor, East Sussex and Berkshire, plus the offices of five law firms that Parfitt Cresswell has acquired. These are Keene Marsland and Max Barfoot (both in Tunbridge Wells, Kent), Copley Clark (in Banstead, Surrey and Sutton, London), Colemans (two offices in Haywards Heath, West Sussex) and Jevons Riley & Pope (Edenbridge, Kent). The five firms have all retained their original names, while at the same time becoming trading names of Parfitt Cresswell.

Why so many offices and people? Payne replies by paraphrasing a traditional African proverb: ‘If you want to go fast, go alone. If you want to go far, go with a team.’ She elucidates: ‘My staff are good–hearted people who want to do their best for our clients. It’s very important that management sets the stage to facilitate that.’

'There are only so many people I can reach as an individual, but through Parfitt Cresswell I have managed to reach thousands. It fulfils my need for doing all of this: team-building, networking, business development'

She points to Parfitt Cresswell’s centralised accounts system that gives her lawyers large firm benefits while still working for what is effectively a high street firm. ‘We have better financial management than most small firms can achieve,’ says Payne. ‘The management committee is largely made up of people with expertise outside strictly legal practice, such as an HR specialist, an IT expert, a facilities manager and, of course, an accountant – Nigel Harper.

‘There are only so many people I can reach as an individual, but through Parfitt Cresswell I have managed to reach thousands. It fulfils my need for doing all of this: team-building, networking, business development.’

The Parfitt Cresswell business academy is one way that allows Payne to keep her finger on the pulse of such a diverse business structure. After all, apart from being geographically scattered, most of the firms that comprise her business had already developed their own cultures before being acquired by Parfitt Cresswell. ‘The challenge is to keep people engaged and connected, particularly if they are [Covid-19] shielding,’ comments Payne. ‘The academy is where we get teams out of their silos, from the various offices, to spend the day together. Sometimes they discuss legal topics, other times non-legal issues such as leadership. They are encouraged to question their mindset by outside speakers and by colleagues. It’s time well-spent.’

'There was clearly a gap in the broadcast landscape for a type of station that puts you in touch with entrepreneurs, leading business-people, politicians, celebrities and successful individuals'

The firm also runs contact groups, where colleagues get together to catch up. And then there are the now ubiquitous Zoom meetings ‘because people sometimes just want to have a chat’ or because management has an important announcement to make. ‘Our honesty is appreciated,’ says Payne. ‘There is really no point sugar-coating what is an important issue affecting everybody.’

The Gazette has been itching to ask Payne about the Parfitt Cresswell radio station, Connections Radio. ‘It was a logical next step,’ she begins. ‘There was clearly a gap in the broadcast landscape for a type of station that puts you in touch with entrepreneurs, leading business-people, politicians, celebrities and successful individuals who have an inspiring story to share. That’s what Connections Radio does.’

The station is anchored by Glen Thompsett, who has worked in broadcasting for more than 30 years, including at Sky News and the BBC. Regular features include talks on business and finance by Financial Times journalist Lindsay Cook; interviews with business owners and entrepreneurs; legal chat with Parfitt Cresswell lawyers about family law, later living (wills, probate, inheritance tax and estate planning), business and employment law; and the newest show to launch on the radio station, ‘The Business of…’, a series of programmes presented by Louisa Magnussen looking at various aspects of society from a business perspective. And before all this sounds too dry, the serious content is leavened by broadcasts devoted to rock and other music genres.

Drawing the interview to a close, Payne concludes: ‘Everything we do on the communications front is aimed at cementing our place in the community. Connections B2B – the radio station, meetings, blogs – all help share our knowledge with clients and the wider business community. It also all builds trust in the Parfitt Cresswell brand.’