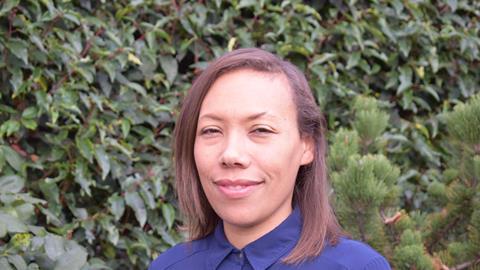 Two events in my early life probably shaped the job I do today. I grew up during the military coup in Nigeria in 1983. I remember the curfew, the tanks on the street and the feeling of insecurity. I also remember attending an immigration tribunal for my half-sister’s appeal against the refusal to extend her student visa, and the pain of separation for our family when she had to leave the UK. I knew that I wanted to make a positive impact on people’s lives.

As a casework assistant at the Refugee Legal Centre (RLC), I worked with and learned from several talented lawyers, many of whom remain at the forefront of our sector. I took on an appeals caseworker position at the RLC, advising on, preparing and presenting asylum appeals in the tribunal. The experience cemented my commitment to this area of law, but I realised that advocacy was not for me. After completing the law conversion course part-time through evening classes, I moved on to the LPC with the aim of qualifying as a solicitor.

I moved to Wilsons Solicitors, completed my training contract and qualified in 2008. I was inspired by the committed lawyers around me and learned the value of thorough case preparation. As my legal practice developed, I focused my work on vulnerable clients: women victims of gender-based persecution, trafficking and torture survivors. I represented many clients of Freedom from Torture.

I joined Freedom from Torture in 2014, and now manage the legal advice and welfare service. Because of the trauma our clients have suffered, they can find it especially difficult to navigate the asylum system and often need additional support. Demand for our service has increased with referrals to my team tripling in the last few years.

The rise in referrals also reflects the fact that there are fewer legal aid representatives doing this work, due to the many costs risks involved and extremely heavy caseloads for those who remain, as well as fewer NGOs and charities across the sector delivering welfare advice and casework.

Many of our clients fall through the gaps in provision. They are disbelieved by decision-makers (something Freedom from Torture has written about in our Proving Torture report), live in inadequate accommodation or are homeless.

We have assisted a torture survivor with documentable physical evidence of torture who was detained and faced imminent removal to the country where he had been tortured. He was moved by the Home Office to four different immigration detention centres around the country. Because of the way legal aid contracting works, each time he was moved he lost his legal aid representative. He was unable to get on the detention centre legal advice rota before his removal date. We were able to support him to make representations to UK Visas and Immigration and his removal was cancelled within hours of his flight. The case raises serious questions about access to justice.