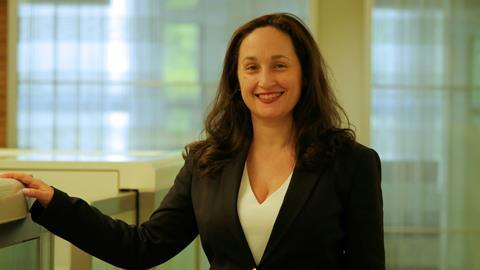 My late mother taught me to help people and not be dependent on anyone in life. That’s what pushed me to become a lawyer. It’s a profession that allows you to improve the lives of others.

I trained as an attorney in Israel and subsequently became a solicitor in England and Wales. One of the most important things I learned is how to treat clients. One needs to be caring yet dispassionate, especially in family law.

The hardest recent challenge has been facing litigants in person – not something I came across much in Israel. It can seem as though LiPs feel able to do what they want, even though they could in many cases afford representation.

There is a tendency for friends and acquaintances – and even Uber drivers – to feel comfortable talking about their private lives, not necessarily in the context of wanting to get a divorce or requiring legal services. In family law one needs to be a good listener and something of a psychologist.

A memorable highlight came in a case involving a divorcing couple whose son had been killed in an explosion while on a mission in Lebanon, along with 13 other soldiers. The father argued that when the remains reached Israel the military authorities had not checked properly before burial. He asked the High Court to order an exhumation so there could be a DNA check. We represented the mother, who didn’t agree. That case showed me how deep emotions can run in family disputes and that it can sometimes be almost impossible to say who is right.

A different highlight was when I represented a husband whose wife – and the court – wished to know to how much money he had access to in a family trust fund. I persuaded the court that it didn’t need to know how much to decide the immediate issue (payment of school fees). It would have been easy to advise the client to tell the court how much, but had that happened the client would have been exposed to further litigation. It’s not a major case, but it was important because it showed the need to keep one’s eye on the real issue while running a long case.

My least favourite law is that we still operate a system of fault-based divorce. Mediation is encouraged, yet at the same time divorce is often based on accusations of unreasonable behaviour.

I’d like to see greater protection for lawyers, such as I’m accustomed to from Israel. The Israel Bar Association doesn’t interfere in practices. Its disciplinary court is the only institution in which a client can pursue a complaint. There is no Legal Ombudsman.

I would like to see the Law Society expanding the range of benefits that are available. In Israel, these include discounts on new properties/mortgages, entertainment and events for lawyers and their families. The Israel Bar Association puts on a wide range of conferences at weekends in different resorts, which combine CPD with fun for the family.